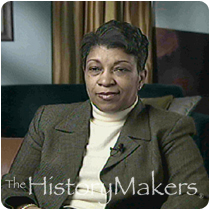 Favorite Color:
Blue
Favorite Food:
Hamburgers
Favorite Time of Year:
Spring
Favorite Vacation Spot:
Scottsdale, Arizona
Favorite Quote:
Do Or Do Not. There Is No Try.

Favorite Color:
Blue
Favorite Food:
Hamburgers
Favorite Time of Year:
Spring
Favorite Vacation Spot:
Scottsdale, Arizona
Favorite Quote:
Do Or Do Not. There Is No Try.

McCann joined Chicago’s Leo Burnett advertising agency as a client service trainee in 1978, and rose rapidly to become Burnett’s first African American media supervisor the following year; she then became the first African American vice president of the company in 1988, and the first to be media director in 1989. As media director, McCann handled a variety of clients including Sony, Keebler, McDonald’s, and Dewar’s; she was named senior vice president in 1995. In 1998, McCann was promoted to managing director of Starcom; as Leo Burnett merged with D’Arcy, she became CEO of the Americas Starcom MediaVest Group. McCann was responsible for the operation of the largest office in the Starcom MediaVest Group network, encompassing Canada and the United States, and including Starcom; MediaVest; GM Planworks; and Starlink. Responsible for United States and Latin America, McCann oversaw all annual business plan development and finance issues; maintained client relationships; and drove the agency’s strategic planning functions.

McCann developed Starcom into one of the advertising industry’s top strategic planning think tanks. The winner of numerous Effies and Cannes Lions, McCann was selected as one of Ebony magazine’s 57 Most Intriguing Blacks and Black Enterprise designated her the 2002 Executive of the Year. McCann was chosen Media Maven by Advertising Age in 1991, while the Women’s Advertising Club of Chicago selected her as Advertising Woman of the Year for 2002. Profiled by Business Week and Chicago Magazine, Essence named McCann one of 50 Women Who Are Changing The World. In January of 2009, McCann took a sabbatical from her position at the Americas Starcom MediaVest Group, citing a need to spend time with her family and reflect on personal and professional goals.

See how Renetta Earldeane McCann is related to other HistoryMakers
Donate Now
Click Here To Explore The Archive Today!