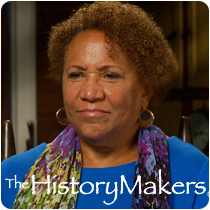 See how Renee Poussaint is related to other HistoryMakers
Donate Now

Journalist Renee Poussaint was born on August 12, 1944. Poussaint received her B.A. degree in English literature from Sarah Lawrence College in 1964; and, in 1970, she graduated with her M.A. degree in African studies from the University of California, Los Angeles. She has also studied at Yale Law School and the Sorbonne in Paris, France.

In 1970, Poussaint began her career in television broadcasting working as a news correspondent at WBBM-TV in Chicago, Illinois. She went on to anchor the ABC Evening News, substituting for Peter Jennings, as well as news segments on Good Morning America. She was a national correspondent for the CBS network, and ABC’s news magazine show Prime Time Live. Poussaint also anchored the local ABC evening news in Washington, D.C. for more than a decade. She has reported from locations around the world including Haiti, South Africa and Uganda, and has interviewed many historic movers and shakers, as well as everyday people whose problems shape our world.

In 2001, Poussaint and Camille Cosby, educator and producer, founded the National Visionary Leadership Project. The project utilizes various educational media to record, preserve, and distribute the stories and wisdom of older generations of African Americans. The entirety of the NVLP collection is archived at the Library of Congress in Washington, D.C. as a component of the broader “National Visionary Leadership Project Collection.” In 2004, Poussaint and Cosby co-authored a book titled, A Wealth of Wisdom: Legendary African American Elders Speak, which appeared on the New York Times best-seller list.

Poussaint is also founder of Wisdom Works, a documentary production company. The company’s highly-acclaimed documentary, “Tutu and Franklin: A Journey towards Peace,” aired nationally on PBS in 2001, and was filmed at the infamous slave port Goree, Senegal. Her work as a documentary filmmaker has also appeared on Discovery, A&E, and Lifetime. In addition, she taught journalism at the University of Maryland.

Poussaint is the recipient of three national and seven local Emmy awards. As an independent consultant and community activist, Poussaint has worked with nonprofit and community organizations to help them better define their message for a larger audience. Her volunteer activities have included tutoring, mentoring, and reading newspapers for the blind. Poussaint has received honorary doctorates from Georgetown University and Mount Vernon College.

Renee Poussaint was interviewed by The HistoryMakers on January 17, 2013.

See how Renee Poussaint is related to other HistoryMakers
Donate Now
Click Here To Explore The Archive Today!