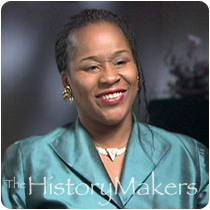 "Cut Through The Chase. What's The Bottom Line?"

Health care advocate Renee J. Amoore was born on January 24, 1953 in Bryn Mawr, Pennsylvania to Juanita Ramsey, a domestic worker and nurse, and John Ramsey, a school bus driver. Amoore has earned a reputation for her innovative approaches to treating mental illness and other disorders.

Amoore (then Ramsey) was trained at the Harlem School of Nursing and served as head emergency room nurse at New York's Harlem Hospital. While working as evening and night program coordinator at the Philadelphia Child Guidance Clinic, Amoore earned a bachelor's degree at Antioch College in 1979. Antioch University granted her a master's degree in administration in 1982. By that time, Amoore was already working as a supervisor of Wordsworth Academy's hospital program in Pennsylvania. In 1986, the Philadelphia Center for Developmental Services, Inc. hired her as a program director. Growth Horizons, Inc., an organization running group homes for people with mental illness and substance abuse problems, employed Amoore in 1988 where she worked until 1996, becoming its vice president and chief operating officer.

Amoore has taught as an adjunct professor at Drexel University, Antioch University and Lincoln University. Her civic commitments include membership in the NAACP, the American Legion Auxiliary and the African American Museum of Philadelphia's Advisory Board. She serves as a deacon at Saints Memorial Baptist Church and a guest host on a WHAT-AM community talk show. Honors Amoore has received include the Artemis Award from the Euro-American Women's Council in Greece, the Evelyn McPhail Award for Republican Activist of the Year, the NAACP Award for Community Services in Education and the Madam C.J. Walker Award from the Coalition of 100 Black Women. She and her husband, Joseph Amoore, have one daughter, Cherie.

Renee J. Amoore was interviewed by The HistoryMakers on September 10, 2002.