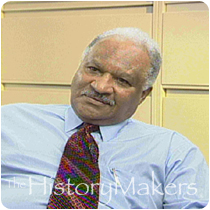 Aerospace engineer and military officer Renaldo Mario Jensen was born on June 29, 1940, in New York, New York. His parents, Octave and Doris Davis Jensen, had roots in St. Croix and Antigua, respectively. Jensen attended St. Charles Borromeo School and graduated from Harlem’s Bishop Dubois High School in 1952. He served in the Reserve Officer Training Corps at North Carolina A&T State University, then transferred to Howard University where he graduated in 1958 with his B.S. degree in mechanical engineering. After enlisting in the United States Air Force, Jensen and Horace Russell became the first two African Americans to earn their M.S. degrees in aerospace engineering from the United States Air Force School of Technology at Dayton’s Wright Patterson Air Force Base in 1966. In 1970, Jensen received his Ph.D. degree in aerospace engineering, specializing in supersonic combustion, from Purdue University.

While serving for twenty years as an officer in the United States Air Force, Jensen was stationed in Florida, Colorado, and Germany; he also worked on the Minuteman missile crew at Malmstrom Air Force Base in Montana. Jensen, a combat crew commander, participated in the first successful launch of a dual mode intercontinental ballistic missile from Vandenberg Air Force Base. He joined the faculty of the Air Force School of Technology at Wright Patterson Air Force Base in 1967 and taught at the school until 1974. In 1978, Jensen resigned from the Air Force as a lieutenant colonel having received the Missile Combat Crew Award and the Air Force Commendation Medal. Jensen taught at Howard University and worked at the Pentagon before joining Ford Motor Company as an aerodynamics engineer. He became the director of minority supplier development in 1987, and in 2004, he awarded $3.7 billion of the $90 billion in Ford supply contracts to 309 minority suppliers.

Jensen is a member of the Greater Detroit Chamber of Commerce, the American Society for Mechanical Engineers, the American Institute for Aeronautics and Astronautics, the National Minority Business Development Council, the Combustion Institute, the Military Operations Research Society, and the Tau Beta Pi Engineering Honor Society. Also a member of the Minority Suppliers Hall of Fame, Jensen lives in Farmington Hills, Michigan with his wife Alicia, with whom he raised two children.