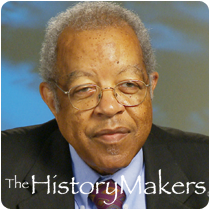 See how Reginald Stuart is related to other HistoryMakers
Donate Now

Newspaper correspondent and corporate recruiter Reginald Stuart was born on November 26, 1948 in Nashville Tennessee. He was raised by his parents with his older siblings, William H. Stuart, Jr., and Cassandra Stuart Woods. While attending Pearl High School, in Nashville, he worked as a disc jockey and had his own radio show. In 1965, he graduated from Pearl High and, three years later, earned his B.S. degree in sociology from Tennessee State University. After working a short time for The Nashville Tennessean as a general assignment reporter and for WSIX-TV-AM-FM, the local ABC affiliate, Stuart received his M.S. degree in journalism from Columbia University in the City of New York in 1971.

In 1974, Stuart became a business and finance reporter for The New York Times. During his 13 years there, he also worked as national correspondent bureau chief in Detroit, Michigan, Atlanta, Georgia, and Miami, Florida. He covered the 1979 federal government bailout of the Chrysler Corporation. Stuart released a book based on the stories, Bailout: The Story Behind America’s Billion Dollar Gamble on the “New” Chrysler Corporation. In Atlanta, Stuart reported on police investigations of a series of unsolved cases of missing and murdered children. He continued to write articles on the federal government’s deregulation of major industries throughout the 1980s.

In 1987, Stuart left the Times and joined Knight Ridder Newspapers, Inc., as the Washington-based national affairs correspondent for the Philadelphia Daily News. There, he covered the 1988 presidential election and 1990 Census. Stuart’s 1994 Emerge Magazine article about Kemba Smith, a young woman sent to prison for 24.5 years based on new federal mandatory sentencing laws regarding illegal drugs, was credited with generating the popular and political support that persuaded then President Bill Clinton to commute her prison sentence to time served. Afterward, he moved to the Knight Ridder Washington News Bureau news desk as an assistant editor, a post he held through 1996. In 1997, he was hired as Knight Ridder’s corporate recruiter, finding individuals for newsroom and business positions, and coordinating Knight Ridder’s early career talent development programs, including the Knight Ridder Scholars Program and Native American Internship Program.

Stuart was elected national president of the Society of Professional Journalists in 1994. He received the Ida B. Wells Award for promoting diversity in journalism, the Leadership in Diversity Award from the Asian American Journalists Association and the Wells Memorial Key from the Society of Professional Journalists. Stuart is married to Daryl Thomas Stuart with whom he has three children, Reginald II, Nicholas and Andrea.

Reginald Stuart was interviewed by The HistoryMakers on 08/29/2012.

See how Reginald Stuart is related to other HistoryMakers
Donate Now
Click Here To Explore The Archive Today!