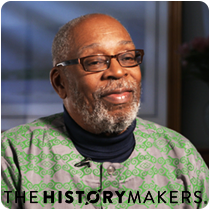 See how Reginald L. Jackson is related to other HistoryMakers
Donate Now

Visual artist and professor Reginald L. Jackson was born on January 10, 1945 in Springfield, Massachusetts. He graduated from Springfield Technical High School in 1961 and received his A.A. degree in graphic arts, printing, and photography from the Rochester Institute of Technology in 1965. He studied art for two years at Paier College of Art in Hamden, Connecticut before enrolling at Yale University, where he received his B.F.A. and M.F.A. degrees in graphic design, film, and photography in 1970. He obtained his M.S.W. degree in policy and planning from SUNY Stony Brook University in Stony Brook, New York in 1976, and his Ph.D. degree in communications and visual anthropology from the Union Institute in 1979. He completed post-graduate studies at the Massachusetts Institute of Technology in the department of urban studies and planning in Cambridge, Massachusetts.

Jackson was a founding member of the Black Workshop in 1968, a group of African American graduate students studying architecture, city planning, and graphic design at Yale University. He later joined the faculty at Simmons College in Boston, Massachusetts in 1974. Jackson’s photographic work was presented in the African Extensions: A Photographic Search for African Survivals in the Americas exhibition at the Bowdoin College Museum of Art in Brunswick, Maine in 1981. In 1986, Jackson established Olaleye Communications, Inc. to document, create, and distribute educational, visual, and cultural information pertaining to African retentions in the Americas. His work was featured in Black Boston: documentary photography and the African-American experience. Jackson also served as the chair of visual communications, dean of international relations, and academic vice president at the African University College of Communications in Accra, Ghana from 2008 to 2012. Jackson’s work and papers are held at The Yale University Art Gallery, The Boston Athenaeum, the Library of Congress, MIT Museum, Studio Museum in Harlem, the Bowdoin Museum of Art, the RISD Museum of Art, Simmons University, and Amherst Colleges.

Jackson’s board affiliations and memberships include: the Boston Pan-African Forum, the Massachusetts Association for Mental Health, artist emeritus at Northeastern University's African American Master Artists in Residence Program, emeritus professor of communications at Simmons University, Society of Senior Ford Fellows and fellowships from the Ford Foundation and the Smithsonian Institution.

He has received numerous academic awards including a Fulbright Fellowship, Ford Foundation grants, and fellowships from the Smithsonian Institute, University of Massachusetts, Boston and the Massachusetts Institute of Technology. Jackson was chosen as a Simmons College Man of the Year in 2007.

Reginald L. Jackson was interviewed by The HistoryMakers on November 15, 2018.

See how Reginald L. Jackson is related to other HistoryMakers
Donate Now 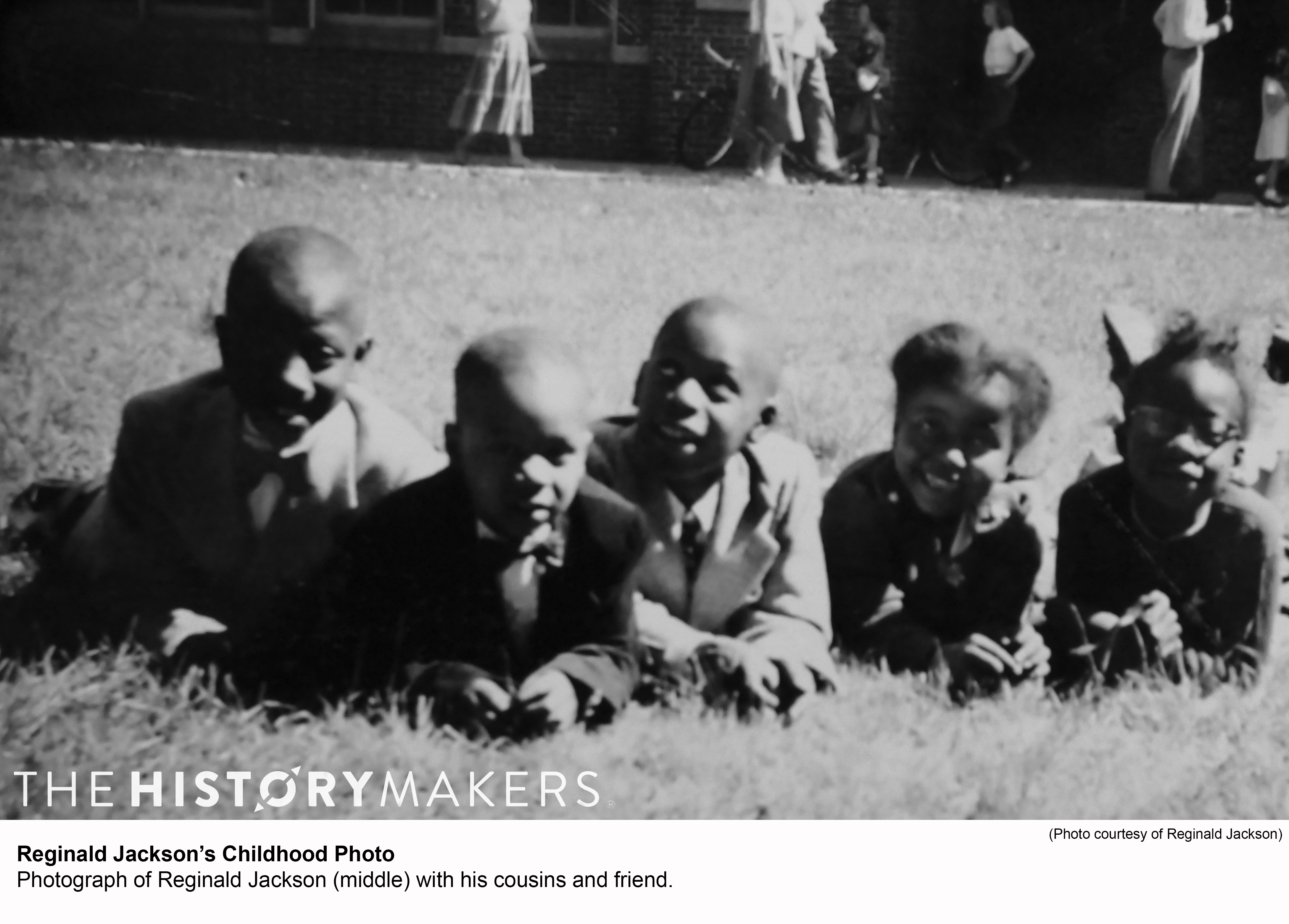 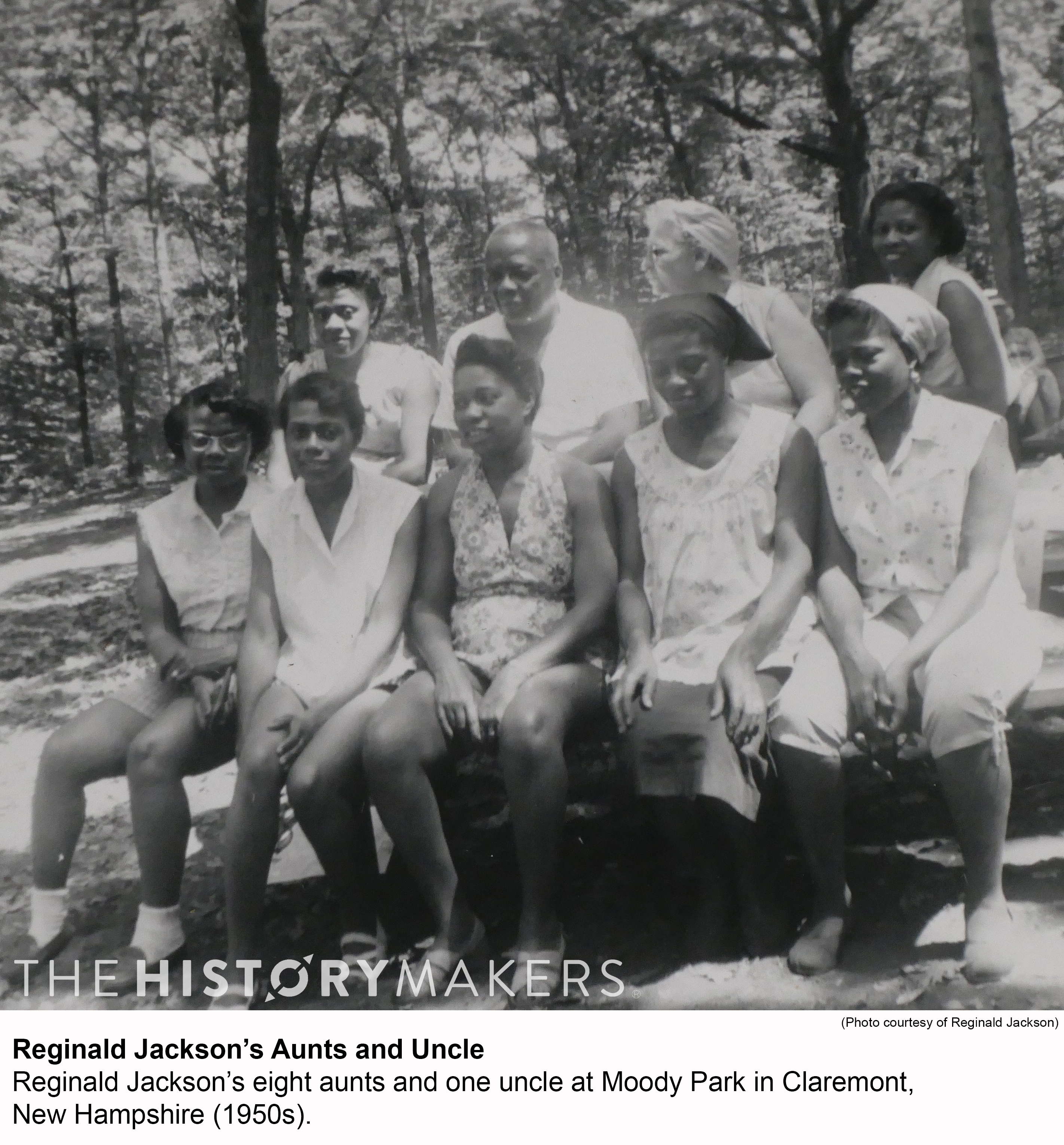