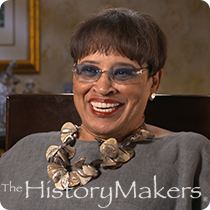 Pharmacist Regina Jollivette Frazier was born on September 30, 1943, in Miami, Florida to pharmacist Cyrus Martin Jollivette, who founded Liberty City’s Community Drug Store in 1948, and teacher Frances Reeves Jollivette Chambers, the youngest daughter of The Miami Times founder Henry E. S. Reeves. Frazier graduated valedictorian from Northwestern Senior High School in 1961, Frazier received her B.S. degree in pharmacy from Howard University in Washington, D.C., in 1966, and her M.B.A. degree from the University of Miami in 1983.

In 1968, Frazier accepted a pharmacist position at Peoples Drug and the National Association of Retired Teachers & American Association of Retired Persons Drug Service. In 1970, she returned to Miami as senior pharmacist for the University of Miami Hospital and Clinics. Three years later, Frazier was promoted to Director of Pharmacy, a position she held until she retired in 2007. As Director of Pharmacy, Frazier also served as a Preceptor for the University of Florida’s College of Pharmacy as well as a Clinical Field Instructor for Florida A&M University’s College of Pharmacy.

Frazier served on numerous boards, including the United Way of Miami-Dade, New World School of the Arts, National Coalition on Black Voter Participation, the Commonwealth Institute, YWCA of Greater Miami-Dade, of which she is a life member, Miami-Dade County Addiction Services, University of Miami Medical Sciences Subcommittee for the Protection of Human Subjects, and Breakthrough Miami. She was also chairperson of the Girl Scout Council of Tropical Florida, which awarded her the Thanks Badge, and the Miami-Dade County Zoning Appeals Board.

She joined The Links, Incorporated, in 1970, and served as National President from 1986 until 1990, and is the youngest person to hold the position. While National President, she chartered the organization’s first international chapter in Nassau, Bahamas. Frazier also holds membership in Alpha Kappa Alpha Sorority, Inc., the Orange Bowl Committee, and the International Woman’s Forum.

She was also cited as one of Ebony magazine’s One Hundred Most Influential Black Americans from 1987 to 1990, and in 1988, as one of Dollars and Sense magazine’s selection of America’s Top 100 Black Business and Professional Women.

Regina Jollivette Frazier was interviewed by The HistoryMakers on March 8, 2017.

See how Regina Jollivette Frazier is related to other HistoryMakers
Donate Now
Click Here To Explore The Archive Today!