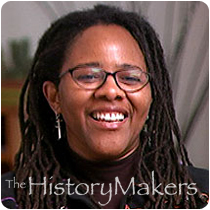 "Be the best you can be at what you're doing."

Music composer Regina Harris Baiocchi was born on July 16, 1956 in Chicago, Illinois. Baiocchi received an education as eclectic as her talents. She has studied at DePaul University, Roosevelt University, Illinois Institute of Design and New York University. Baiocchi primarily composes instrumental and vocal music for opera, libretti and concertos. Among her distinctive compositions is "Gbeldahoven: No One's Child", a one-act opera written in 1996 about the careers of Zora Neale Hurston and Langston Hughes during the Harlem Renaissance. In 1997, she produced "Dreamhoppers", another one-act opera that has been performed widely. Both works make use of varied musical traditions in order to express the multicultural nature of music. For Baiocchi, it is through music that the greatest strides in civil rights and cultural tolerance have been and will continue to be made.

Baiocchi’s compositions have been performed by the Chicago Symphony Orchestra and the Detroit Symphony Orchestra, as well as at festivals nationwide. "African Hands", an award-winning percussion concerto, was performed by the Seattle Philharmonic Orchestra. Her opera "Good News Falls Gently" was performed in 1995 at the Festival Incontri Musicali in Rome, Italy. In 1998, she served as artistic director of the Roots & Wings concert at Chicago’s prestigious Ravinia Festival.

Baiocchi is also a writer. She has written several articles on several composers and musicologists. In 2004, she self-published a collection of poems entitled "Urban Haiku and Other Collected Poems" Her novel, entitled "Indigo Sound", was self-published in 2003. She created a piece entitled "Against the Odds" that combined her poetry and music into a single work which was performed by the Detroit Symphony Orchestra.

Regina Harris Baiocchi was interviewed by The HistoryMakers on May 31, 2000.