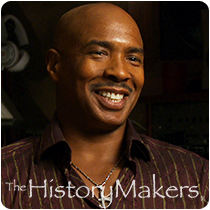 "Reach Beyond Your Grasp."

Musician and music director Ray Chew was born in 1958 in the Harlem, New York to Henry and Elaine Chew. Chew developed an interest in music at an early age. At age six, Chew received a scholarship to attend the Julliard School’s Children’s Program. He continued to pursue music education throughout his childhood, and enrolled in institutions such as Third Street Music School and the High School of Music and Arts where he was exposed to iconic musicians such as jazz legends Lionel Hampton, Max Roach, and Dizzy Gillespie.

As a music arranger and multi-instrumentalist, Chew has worked with notable musicians including Gladys Knight, Quincy Jones, Diana Ross and Aretha Franklin. In 1974, Chew received his first big break in the music industry when he was given an opportunity go on tour with recording artist and Broadway star Melba Moore. Chew was selected to produce music for Nick Ashford & Valerie Simpson in 1975. He went on to serve as the music arranger on seven albums with the legendary duo over a twenty year period. In 1980, Chew became the musical director of the Saturday Night Live Band. In 1998, he co-founded Chew Entertainment with his wife, music executive Vivian Scott Chew. Later Chew and his wife founded Power to Inspire, a nonprofit organization that aims to improve music appreciation among youths He continued his career in television when he was named musical director of “Showtime at the Apollo,” a talent competition filmed at Harlem’s historic Apollo Theater, in 1992. In 2001, Chew composed the score for the short film, The Gilded Six Bits, earning him his first credit for a musical score; and, in 2008, he was recruited as the bandleader for the Democratic National Convention. In 2009, he was selected by President Barack Obama to direct the Neighborhood Inaugural Ball. Chew became the musical director of “American Idol” in 2011.

Since his early years as a student at the High School of Music and Arts, Chew has received recognition for his talent as a musical arranger and multi-instrumentalist. Chew served as the musical director of the Apollo Theater Foundation and as a national trustee for the National Association of Recording Arts and Sciences.

Chew is married to Vivian Scott Chew. They have two daughters: Bianca and Loren.

Ray Chew was interviewed by The HistoryMakers on July 24, 2013.