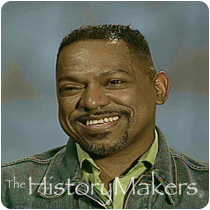 See how Randy Duncan is related to other HistoryMakers
Donate Now

Drawing upon ballet, jazz dance, and modern dance for his choreography, Duncan created works that have been performed by numerous dance companies including the Joffrey Ballet of Chicago, River North Dance Company and Gus Giordano Jazz Dance Chicago as well as companies in Seattle and Tel Aviv. In 1987, Duncan choreographed for the first all-African American cast of A Chorus Line. Duncan’s musical theater credits include Guys and Girls, Street Dreams, West Side Story, Carousel, Hello Dolly, and Don’t Bother Me I Can’t Cope. He has taught and judged dance competitions throughout North America, Europe and the Middle East. Duncan’s classes in jazz dance have taken him to Mexico, England, France, Amsterdam, and Israel.

Duncan has been a three-time recipient of Chicago’s prestigious Ruth Page Award for Outstanding Choreographer of the Year (1988, 1990, and 1992). In 1994, Duncan won the Jazz Dance World Congress Award. He regularly serves on panels for the National Endowment for the Arts, the Illinois Arts Council, Arts Midwest and the Illinois Arts Alliance. Other awards include the 1999 Artistic Achievement Award from the Chicago National Association of Dance Masters, and the 2000 Black Theater Alliance Award for Best Choreography.

An avid supporter of HIV/AIDS causes, Duncan has donated his time and choreography to Dance for Life, creating world premieres for Chicago’s largest dance benefit for HIV/AIDS. His television ballet, Urban Transfer, was produced and distributed nationwide by PBS-TV’s WTTW. Duncan’s first major motion picture by Paramount Pictures, Save the Last Dance, earned him a nomination for the American Choreography Award for dance on film.

Duncan was interviewed by The HistoryMakers on November 15, 2006.

See how Randy Duncan is related to other HistoryMakers
Donate Now
Click Here To Explore The Archive Today!