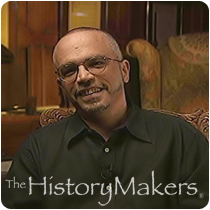 See how Randolph Michael McLaughlin is related to other HistoryMakers

Civil rights attorney and executive director of Hale House Randolph McLaughlin was born on June 9, 1953 in East Elmhurst, New York. During his early school years attending P. S. 148 in the mid 1960s, his favorite teacher Ms. Oliveri, chose him to deliver the "I Have a Dream" speech by Dr. Martin Luther King during a school play. After that moment, McLaughlin made a personal decision to dedicate his life to civil rights and the struggle against injustice. He graduated Newtown High School in 1967.

After four years of undergraduate work at Columbia University in 1975, McLaughlin was admitted to Harvard Law School and upon graduation from law school in 1978 joined the staff of the Center for Constitutional Rights in New York City and was mentored by William Kunstler.

Beginning his civil rights legal career in 1982, McLaughlin represented five African American women in a major lawsuit against the Chattanooga branch of the Knights of the Ku Klux Klan. The women were awarded $535,000 in damages and McLaughlin started a long career in civil rights law. On March 13, 1991, McLaughlin represented Ossie Davis and others in a federal class action challenge against the at-large election system utilized by the City of New Rochelle, New York for the election of its City Council members. As a result on March 2, 1993 a referendum was held and approved leading to the City Council approving a six-district plan. On November 2, 1993, under the new district plan, the first African American woman was elected to the City Council of New Rochelle.

In 1988, McLaughlin joined the faculty of Pace University School of Law where he began to teach Civil Rights Law and Civil Rights Litigation. In 1992, he was honored as the Outstanding Professor of the Year. Four years later in 1996, McLaughlin was appointed as the director of Pace Law School Social Justice Center. The Social Justice Center saved a vibrant community in New Rochelle, New York from displacement by an IKEA super store.

See how Randolph Michael McLaughlin is related to other HistoryMakers
Click Here To Explore The Archive Today!