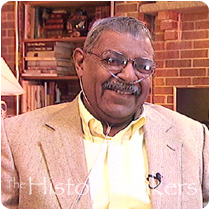 See how Rafael Cortada is related to other HistoryMakers
Donate Now

Rafael Leon Cortada, Ph.D, was born on February 12, 1934, in New York City. His mother was a seamstress and his father was a postal worker. He attended Public Schools 99 and 39 until his family moved and enrolled him in a Catholic school. In 1951, Cortada received his high school diploma from St. Francis Xavier Military School in New York.

Shortly after earning his bachelor’s of arts degree in philosophy from Fordham University in 1955, he was drafted into the army and stationed in Korea. In 1958, he received his master’s degree in secondary education from Columbia University. He went on to further his education earning his Ph.D from Fordham in Latin American and modern European history in 1967.

Cortada taught high school history from 1957-1964 at New Rochelle High School in New York while working on his Ph.D. From 1964 to 1966, he taught Latin American history at the University of Dayton in Ohio. He then went on to work as a Foreign Service officer in the State Department from 1966 to 1969. From 1969 until 1974, Cortada taught at a number of colleges including Federal City College in Washington, D.C., Smith College in Massachusetts, Howard University, Medgar Evers College and Hostos Community College, both in New York.

See how Rafael Cortada is related to other HistoryMakers
Donate Now
Click Here To Explore The Archive Today!