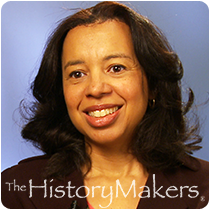 See how Rachel Swarns is related to other HistoryMakers
Donate Now

Newspaper reporter/author Rachel L. Swarns was born in 1967 in Queens, New York. Her father, Joseph H. Swarns, was a real estate agent; her mother, Lucille Swarns, a deputy superintendent for public schools. After graduating from Stuyvesant High School in 1985, Swarns attended Howard University in Washington, D.C., and received her B.A. degree in Spanish and African and Caribbean Studies. She went on to receive her M.A. degree in international relations from the University of Kent in Canterbury, England.

Swarns was hired as a newspaper reporter for the St. Petersburg Times from 1989 to 1991, where she covered criminal courts, and then as a police reporter at the The Miami Herald from 1991 to 1995. At The Miami Herald, she covered federal courts, the Los Angeles Riots and immigration, traveling to Haiti and Guantanamo Bay, Cuba. She was also part of the Pulitzer-prize winning team that covered the aftermath of Hurricane Andrew. In 1995, Swarns joined The New York Times, where she wrote about the welfare reform policies of former New York City Mayor Rudolph Giuliani, the historic visit of former Pope John Paul II to Cuba, and health care and homelessness in Russia. In 1999, Swarns became the Times’ first African American Johannesburg bureau chief. From 1999 to 2003, she covered eleven countries in Southern Africa, and reported on the challenges of racial reconciliation in South Africa, civil strife in Zimbabwe, and the civil war in Angola. Swarns joined The New York Times’ Washington bureau in 2003, where she reported on domestic policy, national politics, and immigration. She wrote about the Presidential elections of 2004 and 2008, and Michelle Obama’s first year in the White House. In 2013, Swarns became a columnist for The New York Times, writing a weekly column entitled, “The Working Life,” which focused on work, the workplace and the evolving New York City economy.

In 2012, Swarns authored American Tapestry: The Story of the Black, White and Multiracial Ancestors of Michelle Obama, a history of First Lady Michelle Obama’s ancestry. Also, a series she wrote on the emergence of a professional black elite class in South Africa was nominated for the Pulitzer Prize. Swarns was awarded a visiting fellowship at the Institute for Policy Research and Catholic Studies at The Catholic University of America. She has also served as a Woodrow Wilson Center Public Policy Scholar.

Swarns lives in Washington, D.C. with her husband and two children.

Rachel L. Swarns was interviewed by The HistoryMakers on January 15, 2014.

See how Rachel Swarns is related to other HistoryMakers
Donate Now
Click Here To Explore The Archive Today!