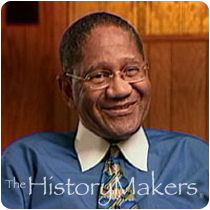 See how Porter G. Peeples is related to other HistoryMakers

Civil servant Porter G. Peeples was born on October 29, 1945 and raised in Lynch, Kentucky. In his youth, he attended public schools financially backed by U.S. Steel, the corporation that owned the area's mines.

Not long after Peeples graduated Kentucky, he became the director of education for the Urban League in Lexington and soon became the director of the local chapter. He was the youngest person to hold this position in the United States. Peeples has championed many causes as an advocate for the disadvantaged of Lexington. Under his guidance, the Lexington Urban League has made its mark with programs for clerical training, open housing, community development, training in penal institutions and operation of a community radio station. He was the chairman for the Equity Commission monitoring the Fayette County Schools and was appointed to the Board of Directors of the Kentucky Housing Corporation.

See how Porter G. Peeples is related to other HistoryMakers
Click Here To Explore The Archive Today!