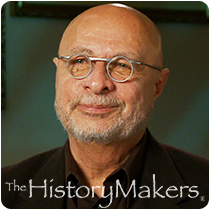 See how Pierre Sutton is related to other HistoryMakers
Donate Now

Broadcasting executive Pierre M. Sutton was born on February 1, 1947 in Brooklyn, New York, to parents Percy E. Sutton and Leatrice Sutton. He attended the University of Toledo in Ohio and received his B.A. degree in 1968. Sutton then pursued graduate studies at the University of Kentucky and New York University, and later completed the Owner/President Management Program at Harvard Business School.

In 1971, Sutton, along with his father, co-founded the The New York Courier, a weekly newspaper, where he served as the executive editor until 1972. During that time, he also fulfilled duties as the vice president of Inner City Research & Analysis Corporation in New York City. Also in 1971, Sutton’s father co-founded Inner City Broadcasting Corporation (ICBC), one of the first African American-owned broadcasting companies in the United States. When ICBC acquired WLIB Radio in New York City in 1972, Sutton was brought on as the public affairs director. He then served as the vice president of ICBC from 1975 until 1977. Then, in 1977, Sutton became the president of ICBC and assumed responsibilities of the company’s radio stations in New York and California.

Pierre M. Sutton was interviewed by The HistoryMakers on December 10, 2013.

See how Pierre Sutton is related to other HistoryMakers
Donate Now
Click Here To Explore The Archive Today!