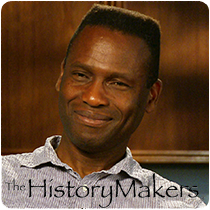 See how Philip Phillips is related to other HistoryMakers

Physicist Philip W. Phillips was born in Scarborough, Tobago in the Republic of Trinidad and Tobago. Phillips’ family migrated to the United States when he was ten years old. After graduating with his B.A. degree in chemistry and mathematics from Walla Walla College in 1979, Phillips enrolled in the University of Washington where he served as a graduate research assistant in theoretical chemistry and received his Ph.D. degree in theoretical physics in 1982. Upon graduation, Phillips was awarded a Miller Postdoctoral Fellowship to study at the University of California at Berkeley from 1981 to 1984.

Phillips then worked at the Massachusetts Institute of Technology until 1993 when he joined the faculty of the department of physics at the University of Illinois at Urbana-Champaign. In 1998, Phillips was appointed a Beckman Associate in the Center for Advanced Study. After being promoted to full professor and receiving tenure in 2004, Phillips went on to serve as the University Scholar and was named the Bliss Faculty Scholar in the College of Engineering at the University of Illinois at Urbana-Champaign. As a theoretical condensed matter physicist, Phillips studies quantum phase transitions and strongly correlated electrons. In particular, he focused on novel metallic phases in two dimensions and high-temperature superconductivity. Phillips research has been published in academic journals such as Physics Review Letters and Europhysics Letters. In addition, he authored a graduate-level textbook titled, Advanced Solid State Physics (2002).

Phillips served as the American Physical Society (APS) general councilor from 2000 to 2002 and as executive councilor from 2002 to 2004. He also served on the APS Committee on Committees from 2002 to 2004. Phillips was appointed to serve on the nanotechnology panel for the White House Office of Science and Technology Policy in 1999. He also served on the “Frontiers of Science” organizing committee of the National Academy of Sciences (NAS) from 1998 to 1999. He was honored as the Edward A. Bouchet Lecturer for the APS in 2000. Phillips was elected as a Fellow of the APS in 2002, and a Fellow of the American Association for the Advancement of Science (AAAS) in 2012.

See how Philip Phillips is related to other HistoryMakers
Click Here To Explore The Archive Today!