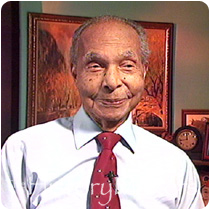 Author, historian and educator Philip Lorenzo Brown was born on January 16, 1909, in Annapolis, Maryland. His father operated a grocery store and worked as a maintenance man at the U.S. Naval Academy and his mother was a homemaker. In 1926, he earned his diploma from Stanton High School in Annapolis. While in high school, Brown enjoyed attending movies, playing football and working in the family grocery store. He graduated from Bowie Normal School, now know as Bowie State University, in 1928, and began his teaching career when he was just nineteen in the Anne Arundel County, Maryland school system.

In 1932, Brown married Rachel Hall, a teacher at the two-room school where he served as principal. Shortly after his marriage he and his wife attended classes at Morgan State University where both earned their bachelors degrees in education. After forming the Colored Teachers Association of Anne Arundel County in 1938, Brown led the effort to sue the Anne Arundel Board of Education for equal pay for African American teachers. The teachers were represented by former Supreme Court Justice Thurgood Marshall. In 1955, Brown earned his master’s degree in education from New York University.

During his tenure as a teacher in Anne Arundel County, he taught in several elementary schools and later at Bates High School, where he served as Vice Principal in 1966 when Anne Arundel County schools were finally integrated. In 1970, Brown retired from the school system.

Brown spent most of his retirement years researching and documenting local black history, especially that of black schools. In 1988, Brown published his first book A Century of Separate But Equal Education in Anne Arundel County. Six years later he published a pictorial book documenting the history of blacks in Anne Arundel County, The Other Annapolis, the Life and Times of Blacks in Annapolis from 1900-1950. In 2000, Brown put pen to paper again when he published The Mount Moriah Story 1875-1973, a book detailing the creation and rise of the first African Methodist Episcopal church in Annapolis. Finally in 2001 he published his latest book, The Stanton Elementary School Story, which was the first school in Annapolis for blacks and his alma mater.