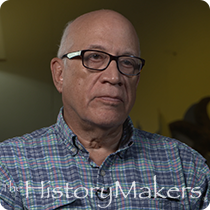 See how Philip Hart is related to other HistoryMakers

Civic leader and professor Philip Hart was born on June 12, 1944 in Denver, Colorado to Murlee Shaw Hart and Judson Hart. He received an athletic scholarship to attend Colorado College and transferred to the University of Colorado Boulder where he received his B.A. degree and graduated with honors as a student athlete in 1966, and was later inducted into the University’s Distinguished Alumni Gallery in 1995. He received his M.A. degree in social psychology and his Ph.D. degree in sociology from Michigan State University in 1974. There, Hart worked for the Greater Lansing Urban League and the Center for Urban Affairs.

In 1966, Hart joined the staff of the Office of Economic Opportunity in Washington, D.C. In 1971, he was recruited to lead the Joint Center for Inner City Change located in Boston's Roxbury neighborhood. Hart then served as superintendent of the Federation of Boston Community Schools. In 1974, Hart cofounded the College of Public and Community Service at the University of Massachusetts Boston. From 1974 to 2002, Hart served as a professor of sociology, department chairman and director of the William Monroe Trotter Institute for the Study of Black Culture.

In 1980, Hart along with business partner Marvin Gilmore, Jr. developed CrossTown Industrial Park in Roxbury with Fortune 500 technology company Digital Equipment Corporation (DEC) as anchor tenant. In 1989, they repurposed an industrial building across from the DEC plant into a biotechnology facility with Boston University School of Medicine as anchor tenant and partner. This partnership led to the creation of BioSquare, Boston's premiere biotechnology business park. In 2016, Hart as a member of the Los Angeles Biosciences Coalition developed a plan to expand the biotechnology industry cluster in LA County similar to Hart's work in inner city Boston.

In addition, Hart wrote and produced children’s books and documentary films including the 1987 PBS documentary film Flyers: In Search of a Dream based on the history of his maternal great uncle, James Banning, who was one of the nation's first African American aviators. His children's book Flying Free: America's First Black Aviators was named a 1992 Notable Children's Trade Book in Social Studies. He also appeared in documentaries about early African American aviators Black Aviators: Flying Free and Black Wings. He authored, Early African American Aviators, and along with his wife, created and produced Dark Passages a documentary about the Atlantic slave trade. The Harts also wrote, produced and directed the three-hour nationally syndicated radio documentary Ray Charles: The Music Lives On.

Hart and his wife, Tanya Hart, have one daughter, Ayanna Hart Beebe

Philip Hart was interviewed by The HistoryMakers on August 19, 2017.

See how Philip Hart is related to other HistoryMakers
Click Here To Explore The Archive Today! 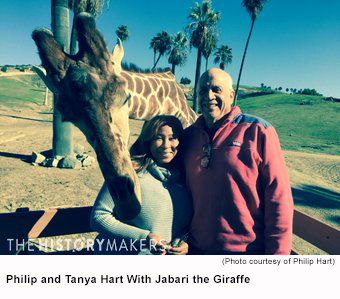 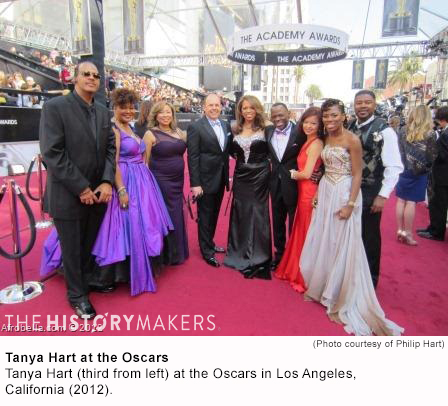