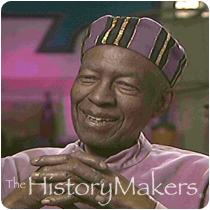 "A Man Gets Worked On By What He Works On."

Chicago music legend Philip Cohran was born Philip Thomas Cohran on May 8, 1927, in Oxford, Mississippi. His parents, Frankie Mae Green Cohran and Philip Thomas Cohran, who had ancestral ties to Rust College, sent their only child to the Oxford Training School and later to school in Troy, Missouri. Cohran attended Vashon High School in St. Louis, but graduated from Lincoln University Laboratory High School in 1945. Music teachers Ruby Harris Gill and Lewis A. Laird identified chemistry major Cohran as a Lincoln University prodigy. Drawn increasingly to music, Cohran played trumpet with a number of groups in the St. Louis area during the late 1940s.

In 1950, Cohran joined Jay McShann’s touring swing band, playing with Charlie Parker and Walter Brown. He recorded with McShann for Houston’s Peacock Records where he backed up Big Mama Thornton and Clarence “Gatemouth” Brown. Drafted that year, Cohran trained Naval bands at Annapolis, Maryland. Discharged in 1952, Cohran moved to Chicago where he studied the Schillinger system and played with Jimmy Bell and Walter Perkins. For the balance of the 1950s, Cohran was a part of Sun Ra’s cutting edge Astral Infinity Arkestra where he played trumpet, zithers and harp on recordings such as Rocket Number Nine and We Travel the Spaceways. Cohran remained in Chicago when Sun Ra moved to Montreal in 1962, and briefly joined the Nation of Islam. A remarkable autodidact, Cohran amassed a huge library of books and media. His studies and research on science, health, history and music made him a community guru.

From 1975 to 1977, Cohran operated Transitions East, a Chicago South Side venue featuring music and health food. In the 1980s, Cohran twice co-chaired Artists for Harold Washington. In 1987, he composed the award-winning music for the Sky Show at Chicago’s Adler Planetarium. His music has been featured in countless venues including the Chicago Jazz Festival. Honored numerous times for his musicianship and teaching, Cohran was honored with the name “Kelan” by Chinese Muslims while on tour in 1991.