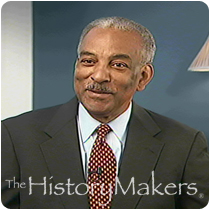 See how Peyton Williams, Jr. is related to other HistoryMakers

Educator, Dr. Peyton Williams, Jr. was born April 10, 1942 in the black “Happy Hill” community of Cochran, Georgia. The son of Reverend Peyton Williams and Georgia Reddick Williams, he attended Cochran Colored High School, the school that his father led the movement to build. He graduated in 1960. Williams earned his B.S. degree in education from Fort Valley State College in 1964, the M. Ed. degree from Tuskegee Institute in 1968, the Ed. S. degree from the University of Georgia in 1977 and the Ph.D. degree from Georgia State University in 1982.

Williams became assistant principal of Central High School in Sylvania, Georgia in 1964 and principal of Central Elementary School in 1968. From 1965 to 1969, he was coordinator and teacher of evening classes for adult basic education for the Screven County Schools. From 1970 to 1977, Williams served as principal of Central Middle School, the first integrated school in Screven County. The school was cited for its model disciplinary policies by the Christian Science Monitor. Williams was the first black appointed Assistant Georgia State Superintendent of Schools, Office of Special Activities in 1977. In 1978, Williams became Georgia’s Associate State Superintendent of Schools, Office of State Schools and Public Libraries. He also directed and managed two state operated schools for hearing and visually impaired students. In 1987, Williams was appointed Associate State Superintendent of Schools and directed the administration of school improvement programs and testing programs. In 1995, he became Deputy Georgia State School Superintendent for External Affairs. In 1995, Williams was appointed by Governor Zell Miller as co-facilitator of the Georgia P-16 Initiative, a statewide effort to raise expectations and ensure student success. Williams served as the highest-ranking African American in the Georgia Department of Education for twenty-five years, from 1977 until his retirement in 2002.

Williams is a recipient of the Governor’s Award for outstanding service in state government in the state of Georgia. In 2002, he was installed as president and education consultant of the Association for Supervision and Curriculum Development International (ASCD), the largest professional organization for educators in the world. Williams also received the Distinguished Service Award for outstanding contributions and leadership to education from the Southern Association of Colleges and Schools (SACS). A highly sought after public speaker, Williams published the monograph, What It Means To Be A Professional Educator in 2001. Serving on a number of professional, civic and religious boards, Williams has been a choir director, is a member of the Prince Hall Masons and the Omega Psi Phi Fraternity. Williams is currently serving as the Grand Grammateus/Executive Secretary of Sigma Pi Phi Fraternity of the Grand Boulé.

See how Peyton Williams, Jr. is related to other HistoryMakers
Click Here To Explore The Archive Today!