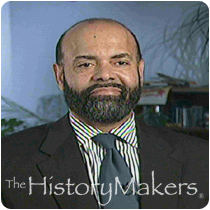 See how Peter F. Hurst, Jr. is related to other HistoryMakers

Hurst clerked for Judge Damon Keith of the U.S. Court of Appeals for the Sixth Circuit in 1981, and a year later he joined the Steptoe and Johnson Law Firm in Washington, D.C. From 1984 to 1986, Hurst served in the General Counsel’s Office of the Federal Reserve Bank. Moving to New York City, Hurst worked as an investment banker with E.F. Hutton, and in 1987, became senior vice president with Dean Witter. Going into business for himself in 1990, Hurst worked with smaller clients through Bahia Partners and Hurst Capital Partners. In 2001 Hurst created the Community’s Bank, opening branches in the Connecticut cities of Hartford, Bridgeport, and Bloomfield. As founder, chairman of the board, chief executive officer, and president of the Urban Financial Group, the company which controls Community’s Bank, Hurst runs the only independent, minority owned bank in Connecticut.

Hurst has served on the boards of the Republic New York Corporation; the Bridgeport Area Foundation; the Community Service Society of New York; Boy Scouts of America (Bronx Council); the University of Scranton; and the United American Healthcare Corporation. Hurst was honored in 2003 by the African American Affairs Commission of Connecticut, and in 2004 became the first African American to serve as grandmaster of the Phineas T. Barnum Parade and Festival in Bridgeport.

See how Peter F. Hurst, Jr. is related to other HistoryMakers
Click Here To Explore The Archive Today!