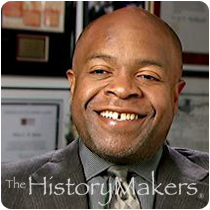 Peter Bynoe was born in Boston, Massachusetts on March 20, 1951, to a West Indian father and an American mother, whom he credits with instilling in him the exemplary work ethic that has made him a leading entrepreneur. He received his bachelors, masters, and law degrees from Harvard University before entering the business world in 1976 as a Citibank executive intern. The following year, Bynoe became vice president of James Lowry and Associates, a position he held until 1982, when he founded Telemat Ltd., a business consulting firm.

In 1989, Peter Bynoe broke ground as the first minority owner of an NBA franchise, a goal he accomplished through a partnership with fellow Chicago entrepreneur Bertram Lee, tennis legend Arthur Ashe and Democratic National Committeee Chairman Ron Brown. This collective, headed by Bynoe, purchased the Denver Nuggets for $65 million. As the first African American owner, he set a precedent that has opened the doors of sports management for all minorities. In 1992, after designing and supervising the complete reorganization of the team, he sold his interest in the franchise.

After his involvement with the NBA, Bynoe joined the prestigious law firm of Rudnick & Wolfe, where he has served on the firm's Management Committee since 1995. For Bynoe, sports have served as a staging ground for race relations and African-American advancement. He uses his position as a lawyer to facilitate the construction of professional sports stadiums, including arenas for the Milwaukee Brewers, the San Francisco 49ers, and the Washington Redskins. Bynoe also manages some of Rudnick & Wolfe's most important clients, including Bank of America and the City of Chicago.