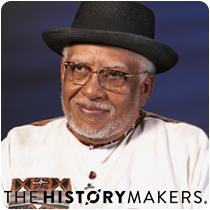 "Greatness Shouldn't Be Determined By Name Recognition But By The Lives That We Touch And The People That We Share With."

Arts administrator and theater director Pemon Rami was born on August 9, 1950 in Chicago, Illinois to Mary Foster and Harold Ray.
At the age of fourteen Rami started his first theatre company with the support and encouragement of Okoro Harold Johnson. At eighteen, Rami became the associate director of the Southside Center for the Performing Arts formerly the Joe Louis Theatre under the direction of Theodore Ward. The following year, Rami took over Val Gray Ward’s role as director of the Kuumba Theater, one of Chicago’s first African-American independent theaters. In 1973, Rami founded the Lamont Zeno Theater where he served as the artistic and managing director with the Better Boys Foundation. There, Rami directed numerous productions including: The Black Fairy and Young John Henry, written by Chicago-based poet, Useni Eugene Perkins.

The first African American film casting director in Chicago, Rami provided talent for the classic feature films and television movies; Blues Brothers, Mahogany, Cooley High, The Spook Who Sat by The Door, and Uptown Saturday Night. As an actor Rami appeared in the PBS weekly series Bird of the Iron Feather.

After relocating to Los Angeles for over twenty years, in 2004, Rami returned to Chicago and produced Stories from the Soul a TV series for the Black Family Channel and the feature film Of Boys and Men, starring Angela Bassett and Robert Townsend.

Pemon co-founded Productions to Change Lives (P2CL) a training and production model, which focused on integrating art and media through the eyes of teens, in an effort to effect community involvement and positive change. Through the P2CL Teen Talk Radio apprenticeship program implemented at high schools in Chicago, Rami and his wife Masequa Myers mentored over 300 teens and indirectly impacted thousands through live performances and weekly radio broadcasts.

In 2011, Pemon became director of educational services and public programs at The DuSable Museum of African American History in Chicago. After five years with DuSable, Rami returned to filmmaking and produced the feature film 93 Days in Lagos, Nigeria starring Danny Glover for which he was nominated for an African Academy Award and received the Visionary Award in 2016 at the Los Angeles Pan African Film Festival.

Rami served on the Joseph Jefferson Awards committee from 2016 to 2018. He was selected one of the Chicago Defender’s “50 Men of Excellence,” as well as to the Wendell Phillips High School Hall of Fame. Rami has also been recognized with awards from numerous organizations including: Deloris Jordan Award for Excellence in. Community Leadership at the Black Harvest Film Festival, American Advertising Federation, International Television Association, the Beverly Hills/Hollywood NAACP (Best Theatre Director Award), Proclamation from the Los Angeles City Council, Key to the City of Detroit and the Life Time Achievement Award from the Chicago African American Arts Alliance.

Pemon Rami was interviewed by The HistoryMakers on July 13, 2018.