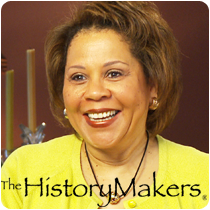 See how Paula McClain is related to other HistoryMakers

Political science professor and public policy professor Paula D. McClain was born on January 3, 1950 in Louisville, Kentucky to Mabel T. Molock and Robert Landis McClain. After graduating from East Anchorage High School in Anchorage, Alaska in 1968, McClain enrolled at Howard University. In 1970, McClain served as a program coordinator for the National Coordinating Council on Drug Abuse Education and Information. She interned in 1971 with the Equal Employment Opportunity Commission’s Office of Compliance where she briefed and researched violations of discrimination in the utility of industry. McClain received her B.A. degree in political science from Howard University in 1972. She went on to pursue graduate education at Howard University, finishing her M.A. degree in political science in 1974.

McClain then worked as a consultant for Adaptive Systems in Annapolis, Maryland and the Social Science Research Center at Howard University. By 1977, she had also completed her Ph.D. degree from Howard University, and began teaching at the University of Wisconsin-Milwaukee (UWM) in political science studies and African American Studies. McClain published her first book Alienation and Resistance: The Political Behavior of Afro-Canadians while at UWM. McClain received a postdoctoral fellowship and worked as a research associate in the Analysis Center at the Wharton School at the University of Pennsylvania in the 1980-81 academic year. She then began teaching at Arizona State University in Tempe, Arizona in the School of Public Affairs. By 1990, McClain was serving as the acting director for the Doctorate of Public Administration Program. Also in 1990, McClain and Harold M. Rose released Race, Place, and Risk: Black Homicide in Urban America. The book was awarded the National Conference of Black Political Scientists' Best Book Award for a previously published book that has made a substantial and continuing contribution. In 1991, McClain joined the faculty at the University of Virginia as a professor of government and foreign affairs. She served as department chair from 1994-1997. In 1995, McClain released the first edition of Can We All Get Along? Racial and Ethnic Minorities in American Politics, which won the Gustavus Myers Center for the Study of Human Rights in North America Award for Outstanding Scholarship in the Subject of Intolerance.

In 2000 McClain joined the faculty at Duke University as a professor of political science and professor or public policy. In 2001, she began The Durham Pilot Project, examining racial attitudes among blacks, whites and Latinos in the South. While working on this project, she became the third woman and the first African American elected to serve as Chair of Academic Council at Duke University (2007-2009). Since 2004, she has served as co-director of the Center for the Study of Race, Ethnicity and Gender in the Social Sciences. She also is the director the Ralph Bunche Summer Institute, a program of the American Political Science Association that is hosted by Duke and funded by the National Science Foundation. McClain and her husband Paul Jacobson have two daughters, Kristina L. McClain-Jacobson Ragland and Jessica A. McClain-Jacobson.

Paula McClain was interviewed by The HistoryMakers on February 22, 2012.

See how Paula McClain is related to other HistoryMakers
Click Here To Explore The Archive Today!