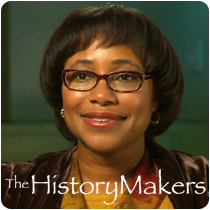 See how Paula Hammond is related to other HistoryMakers

Chemical engineer and engineering professor Paula Therese Hammond was born in 1963 in Detroit, Michigan. Although she grew up wanting to become a writer, Hammond changed her mind after taking a junior high school chemistry class. She was hooked by the idea of using two materials to create a something completely different. After graduating from high school, Hammond attended Massachusetts Institute of Technology (MIT), where she obtained her B.S. degree in chemical engineering in 1984. She was then hired by Motorola in Fort Lauderdale, Florida, where she worked for two years. In 1988, Hammond earned her M.S. degree from Georgia Institute of Technology and then returned to MIT to earn her Ph.D. degree in chemical engineering in 1993.

Following a postdoctoral research fellowship in chemistry at Harvard University, where she became interested in surface chemistry, Hammond went on to become a faculty member of MIT. In 2003, she worked as a Radcliffe Institute Fellow, focusing on a project that allowed for the creation of polymers that form micelles in water. These isolated packages could be used to assist in drug delivery. Hammond is the Bayer Chair Professor of Chemical Engineering, and serves as its Executive Officer. Additionally, she has participated in the Koch Institute for Integrative Cancer Research at the Massachusetts Institute of Technology. She also helped found the Institute for Soldier Nanotechnologies (ISN), whose mission is to help design more functional technology for the nation’s soldiers. Hammond’s research interests include the nanoscale design of biomaterials, macromolecular design and synthesis, and directed assembly using surface templates. In 2010, Hammond made a research agreement with Ferrosan A/S, a pharmaceutical company, to develop a bandage that would use Hammond’s technological innovations in Ferrosan’s collagen bandages. Throughout her career, Hammond has served as a mentor to many graduate and undergraduate students and has published nearly 150 scholarly articles pertaining to her research in chemical engineering. She has also encouraged an increase in the presence of minority scientists and engineers at MIT by chairing the Initiative on Faculty, Race and Diversity.

Hammond has won numerous awards for her work as a scientist and as a professor. She was named the Bayer Distinguished Lecturer in 2004 and the Mark Hyman, Jr. Career Development Chair in 2003. In 2010, the Harvard Foundation awarded her the Scientist of the Year Award at the annual Albert Einstein Science Conference. Hammond has also been named one of the “Top 100 Science Stories of 2008,” by Discover Magazine. Hammond is married to Carmon Cunningham, and they have one son, James.

See how Paula Hammond is related to other HistoryMakers
Click Here To Explore The Archive Today!