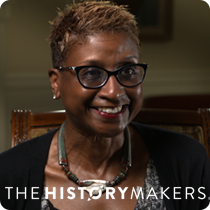 Lawyer and musician Paula Boggs was born on May 2, 1959 in Washington D.C. to Janice Anderson Barber and Nathaniel Boggs Jr., who received Howard University’s first Ph.D. in Zoology in 1963.  In 1977, Boggs enrolled at Johns Hopkins University in Baltimore, Maryland, on a four-year Army Reserve Officers’ Training Corps (ROTC) Scholarship and completed the U.S. Army Infantry Airborne School program. In 1981, Boggs earned her B.A. degree in international studies from Johns Hopkins University and in 1984 earned her J.D. degree from the University of California Berkeley, School of Law.

Boggs served eight years in the U.S. Army as a regular officer and was honorably discharged. She was also one of the first women to receive a congressional appointment to the U.S. Naval Academy. After law school, Boggs returned to Washington D.C. where she worked as an U.S. Army officer and attorney at the Pentagon and White House Office of Legal Counsel. From 1987 to 1988 Boggs served on the Iran-Contra Legal Task Force for which she earned the Defense Meritorious Service Award and Presidential Service Badge.

In 1988, Boggs became an assistant U.S. attorney in the Western District of the State of Washington, where she prosecuted fraud and regulatory crimes and twice earned the U.S. Department of Justice Special Achievement Award. Working as a trial lawyer specializing in corporate civil litigation, Boggs was in 1995 named the first African American female partner of Seattle, Washington’s Preston Gates & Ellis LLP. In 1997, she became Dell Corporation’s first African American female vice president. She returned to Seattle in 2002, serving as Starbucks Corporation’s first African American Executive Vice President, when she became general counsel and board secretary, a role she held until 2012. Boggs formed the Paula Boggs Band in 2007 releasing albums in 2010, 2015 and 2017. She founded Boggs Media, LLC in 2013.

In addition to her legal and music careers, Boggs was a member of the White House Council for Community Solutions from 2010 to 2012, and the President’s Committee for the Arts and Humanities from 2013 to 2017. She served on the boards of School of Rock LLC, Seattle Art Museum, public radio station KEXP, Johns Hopkins University and served as Legal Aid for Washington (LAWFUND) board president from 2006 to 2008. She serves on the boards of Avid Technology Inc., Seattle Symphony and American Bar Association Board of Governors. Boggs was inducted into the Johns Hopkins University ROTC Hall of Fame in 2016 and received the Seattle Mayor’s 2018 Arts Award.

Paula Boggs was interviewed by The HistoryMakers on October 5, 2017.