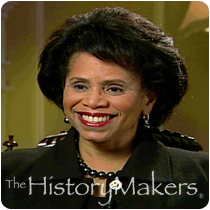 Retired corporate executive Paula Ann Sneed was born on November 10, 1947 in Everett, Massachusetts. She is the only child of Thomas E. and Furman Mary (Turner) Sneed. Sneed was raised in Malden, Massachusetts and attended Charles A. Daniel Elementary School and Malden High School. Sneed earned her B.A. degree from Simmons College, a women’s liberal arts college in Boston, Massachusetts. From 1969 to1971, Sneed worked as the Educational Supervisor and Female Coordinator for the Outreach Program for Problem Drinkers, an alcohol-rehabilitation program. From 1971 to 1972, she worked as the Director of Plans for Program Development and Evaluation at the Ecumenical Center in Roxbury. Between 1972 and 1975, Sneed served as the Program Coordinator for the Boston Sickle Cell Center at Boston City Hospital. In 1975, Sneed decided to return to school and obtain her M.B.A. degree from Harvard Business School.

After completing her M.B.A. degree in 1977, Sneed embarked on a long and successful career in corporate marketing. Sneed first joined General Foods (which later merged with Kraft Foods, Inc.) in 1977 as assistant product manager. She then went on to hold a number of high-ranking positions within Kraft Foods, Inc., ranging from Senior Vice President of Kraft’s North American Food Service Division to Executive Vice President of the Desserts Division. In her role as Senior Vice President of Global Marketing Resources & Initiatives, Sneed was instrumental in guiding Kraft’s efforts in the areas of consumer relationship marketing, digital marketing, consumer insights, media services, packaging, multi-cultural marketing and advertising. In addition, Sneed was part of a companywide initiative to thwart childhood obesity. In 2006, Sneed retired as Kraft’s Executive Vice President of Global Marketing Resources and Initiatives when Kraft Foods, Inc., merged its global marketing unit with its global category development.

Sneed sits on the Board of Directors of The Charles Schwab Corporation, Airgas Inc., and Tyco Electronics Limited. Sneed is a trustee of Teach for America, the Chicago Children’s Museum, and Simmons College. She is also a member of the Executive Leadership Council and The Chicago Network.

Sneed was interviewed by The HistoryMakers on February 19, 2008.

See how Paula Ann Sneed is related to other HistoryMakers
Donate Now
Click Here To Explore The Archive Today!