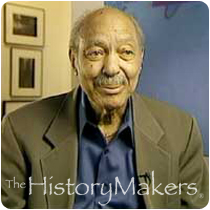 See how Paul Jones is related to other HistoryMakers

Paul R. Jones was born Paul Raymond Jones on June 1, 1928, in Bessemer, Alabama, a company-run mining town, as the youngest of five children. Jones started off school in the South, but was sent by his family to New York to continue his education. By the time he reached high school, however, he had returned back home. Jones received a scholarship to attend the University of Alabama, where he was active in a variety of athletics and social organizations. After being told that he could not attend the law school of his choice due to his race, Jones went to Howard University, where he earned a B.A. degree in 1949 and an M.A. degree in 1950. Jones would later do doctoral work at the University of California and earned another M.A. degree from Governors State University.

Jones' involvement in politics began after returning home from Howard University in 1950. In the early 1950s, he remarked to a reporter that he might run for president and his outspokenness drew attention from political leaders in Washington, D.C. Heavily involved in the Civil Rights Movement, Jones was also making political friends and by 1965 was working for the U.S. departments of Justice and Commerce. Jones continued to move around in political appointments, serving in a variety of posts throughout the South, as well as spending a year in Bangkok, Thailand, as a deputy director of the Peace Corps. In the early 1980s, Jones ran for Congress while continuing to grow Paul Jones Enterprises, a real estate holding firm, which he is still involved with to this day.

In addition to his long history with politics, Jones amassed a vast collection of African American artwork. The collection, which was recently given to the University of Delaware for display, is considered one of the largest and most complete collections of its kind. Jones also served on the boards of museums, historical societies and arts funding agencies, including the Atlanta History Center, the Georgia Museum of Art in Athens, and the Metropolitan Atlanta Art Fund.

Jones was interviewed by The HistoryMakers on August 16, 2003.

See how Paul Jones is related to other HistoryMakers
Click Here To Explore The Archive Today!