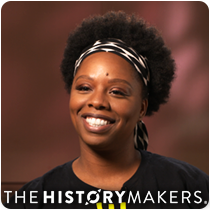 Community activist Patrisse Cullors was born on June 20, 1984 in Van Nuys, California to Cherisse Foley. She graduated from Grover Cleveland High School in Reseda, California and received her B.A. degree in religion and philosophy in 2012 from the University of California, Los Angeles. Cullors also attended the Roski School of Fine Arts and Design at the University of Southern California.

In 2001, Cullors joined the Bus Riders Union, a Los Angeles-based advocacy group. She later launched Dignity and Power Now, a coalition designed to fight police brutality. In 2012, Cullors curated her first performance art piece addressing the violence of mass incarceration, STAINED: An Intimate Portrayal of State Violence. Then, she co-founded the #BlackLivesMatter movement in 2013; and, the following year, Cullors completed an Arcus Center for Social Justice Leadership fellowship, and prepared and led a think tank on state and vigilante violence for the Without Borders Conference. She also produced and directed POWER: From the Mouths of the Occupied, the first in a series of theatrical pieces. In 2016, Cullors delivered the keynote address at over a dozen colleges and universities including American University, The University of Notre Dame, the University of Pennsylvania, and Cornell. In 2018, she coauthored her New York Times bestselling memoir, When They Call You a Terrorist: A Black Lives Matter Memoir, and expanded her Los Angeles based coalition work with the advocacy groups Justice L.A. and Reform L.A. Jails. In 2018, Cullors became an adjunct professor at Prescott College in the Social Justice & Community Organizing program.

In 2006, she was honored by receiving the Mario Savio Young Activist Award. In 2015, Google awarded Cullors with the Racial Justice Grant, the Justice Teams for Truth and Reinvestment. Cullors was also named by the Los Angeles Times as a Civil Rights Leader for the 21st Century, and she received the Sydney Peace Prize for her #BlackLivesMatter work. In 2016, Cullors was named a Leading Edge Fund Fellow by The Rosenberg Foundation, a Senior Fellow for Maternal Mortality by MomsRising, a Kick-Ass Woman of Color by DLG Media, and received the Defender of the Dream Award from the AFL-CIO Executive Council Committee on Civil and Human Rights. Her other awards include the Revolution Award for Freedom from ImageNation Cinema Foundation, the Justice Award from National Center for Lesbian Rights, the Community Change Agent Award from BLACK GIRLS ROCK! Inc., and the Glamour Women of the Year Award for The Justice Seekers. Cullors also received honorary doctorate degrees from Chicago’s South Shore International College Preparatory High School and Clarkson University.

Patrisse Cullors was interviewed by The HistoryMakers on December 10, 2018.