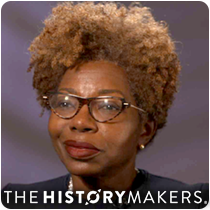 Investment banker Patricia Miller Zollar was born on January 25, 1963 in Rockingham, North Carolina to Queen Esther Miller. She attended the T.W. Bennett Elementary School and Lilesville Middle School, before graduating from Anson Senior High School in Wadesboro, North Carolina. Zollar went on to earn her B.S. degree in accounting in 1984 from North Carolina A&T State University, and her M.B.A. degree from Harvard Business School in 1989.

After graduating from college in 1984, Zollar worked as a certified public accountant in Deloitte & Touche’s audit division in Dallas, Texas. In 1993, she joined Lehman Brothers as a trader in the fixed income division in New York City. Three years later, Zollar joined Goldman Sachs as vice president of the asset management division, before returning to Lehman Brothers as the co-head and cofounder of the Partnership Solutions Group in 2004. Zollar became a managing director of Lehman Brothers in 2007, and started the NorthBound Private Equity Partners platform. NorthBound Equity Partners’ private equity investments are focused on minority and female investors and their portfolio companies. In 2008, as a founding shareholder, Zollar helped Neuberger Berman, which was previously acquired by Lehman Brothers, to spin-off as an independent company. She is currently a leader in Neuberger Berman’s Private Equity business and serves as a member of its Global Investment Committee.
In 2004, Zollar became a member of the Executive Leadership Council in New York City. She served on the board of trustees of North Carolina A&T State University from 2007 to 2015, where she served a term as board vice-chair in 2011 and as chair in 2013. In 2010, Zollar joined the board of the National Association of Investment Companies, and the following year joined the board of The Apollo Theater. Zollar began to host the Big Ideas Conference at North Carolina A&T State University in 2016. In 2018, Zollar joined the Harvard Business School Alumni board. She was also a member of the Economic Club of New York and the Abyssinian Baptist Church in New York City.

Zollar and her husband, Al Zollar, have one child: Diana.

Patricia Zollar was interviewed by The HistoryMakers on October 23, 2018.