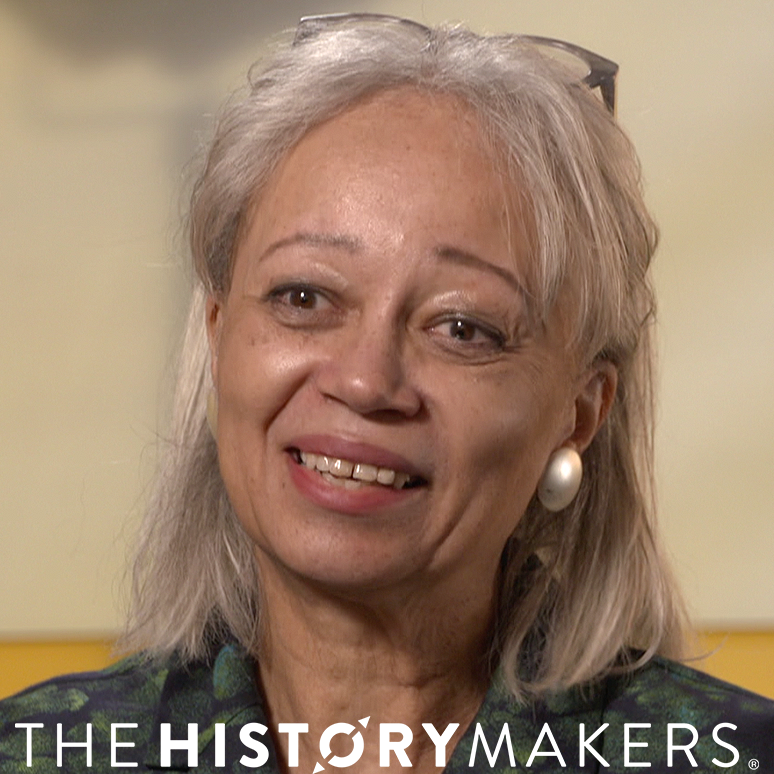 Favorite Color:
Blue/Green
Favorite Food:
Korean Fried Chicken Wings
Favorite Time of Year:
Spring
Favorite Vacation Spot:
Any Beach
Favorite Quote:
You Have A Right To Exist No Less Than The Grass Or The Trees Or The Sky

Favorite Color:
Blue/Green
Favorite Food:
Korean Fried Chicken Wings
Favorite Time of Year:
Spring
Favorite Vacation Spot:
Any Beach
Favorite Quote:
You Have A Right To Exist No Less Than The Grass Or The Trees Or The Sky

See how Patricia J. Williams is related to other HistoryMakers

Lawyer Patricia Joyce Williams was born on August 28, 1951 in Boston, Massachusetts to Isaiah Williams and Ruth Williams. After graduating from Girls’ Latin School in 1969, Williams received her B.A. degree from Wellesley College in 1972. She went on to receive her J.D. degree from Harvard Law School in 1975.

From 1975 to 1978, Williams served as deputy city attorney in the Los Angeles Office of the City Attorney, where she focused on consumer protection. She joined the Western Center on Law and Poverty as a staff attorney in 1978. In 1980, she moved to Golden Gate University School of Law, where she worked as an assistant professor for four years before joining City University of New York Law School as an associate professor. From 1988 to 1993, Williams worked as a professor at the University of Wisconsin Law School. During this time, she served as a visiting professor at Stanford Law School, Duke Law School, and Harvard’s Faculty of Arts and Sciences. Williams joined the faculty at Columbia Law School in 1991 and taught contracts, consumer protection, and theories of equality. In 2019, she left Columbia Law School to serve a joint appointment at Northeastern University in the School of Law and the Department of Philosophy and Religion. Williams has written multiple books, including The Alchemy of Race and Rights: Diary of a Law Professor, The Rooster’s Egg: On the Persistence of Prejudice, and Seeing a Color-Blind Future: The Paradox of Race. Her scholarship has contributed to the development of critical legal studies and critical race theory.

Williams served on the board of advisors at the Center for Constitutional Rights, Society of American Law Teachers, the National Association for Public Interest Law, and The Bell Foundation. She also served on the board of directors at the National Organization for Women’s Legal Defense and Education Fund and was a member of the American Philosophical Society. Williams also worked for The Nation, as author of the column, “Diary of a Mad Law Professor.”

Williams has received the Romnes Endowment for Excellence in Scholarship from the University of Wisconsin, the Alumnae Achievement Award from Wellesley College, and the Graduate Society Medal from Harvard University. In 1990, Williams received the Pioneer of Civil and Human Rights Award from the National Conference of Black Lawyers. She received the Bruce K. Gould Book Award from Touro Law Center in 1992, and the Exceptional Merit Media Award from National Women's Political Caucus in 1993. In 2000, she received the MacArthur Foundation “Genius Grant.”

Williams has one son: Peter.

Patricia Williams was interviewed by The HistoryMakers on September 12, 2019.

See how Patricia J. Williams is related to other HistoryMakers