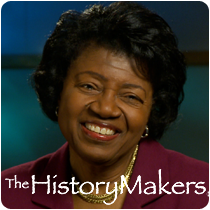 See how Patricia DeLeon is related to other HistoryMakers

Geneticist Patricia A. DeLeon was born on July 13, 1944 in Port Maria, Jamaica. After graduating from the University of the West Indies with her B.Sc. degree in chemistry and zoology in 1967 and her M.Sc. degree in medical genetics in 1969 DeLeon enrolled at the University of Western Ontario and graduated from there in 1972 with her Ph.D. degree in microscopic anatomy before completing post-doctoral studies in cell biology and cell genetics at McGill University in 1975.

Upon graduation, DeLeon worked in several industry and academic positions. She served as a visiting scientist at the Johns Hopkins University, a visiting faculty at the University of Pennsylvania School of Medicine, and as an adjunct professor at Penn State University College of Medicine. DeLeon joined the faculty of the University of Delaware in 1976, and was named the Trustees Distinguished Professor of Biological Sciences in 2009. Her work has produced three patents issued or pending and over one-hundred publications and abstracts, and has been supported by the National Science Foundation (NSF) and the National Institutes of Health (NIH). DeLeon served on the editorial boards of several scientific journals and on the Executive Council of the American Society of Andrology (ASA). She has been as a member of the National Institutes of Health (NIH) Recombinant DNA Advisory Committee and the NIH and National Science Foundation Review Panels. In addition, she has mentored more than 100 undergraduate and graduate students in STEM fields.

Geneticist Patricia A. DeLeon was interviewed by The HistoryMakers on March 27, 2013.

See how Patricia DeLeon is related to other HistoryMakers
Click Here To Explore The Archive Today!