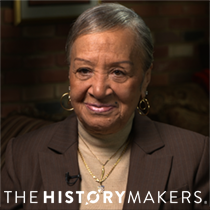 Program manager and consultant Patricia Banks Edmiston was born on April 27, 1937 in New York City to Sadie Banks and Joseph Banks. After graduating from Aquinas Academy in 1955, Edmiston enrolled at Queens College, where she studied psychology. She then completed her flight attendant certification at the Grace Downs Air Career School in New York City in 1956. Edmiston went on to earn her B.A. degree in psychology from SUNY Empire State College in 1975.

After graduating from Grace Downs Air Career School with high marks, Edmiston applied for flight attendant positions at Trans World Airlines, Mohawk Airlines, and Capital Airlines. Edmiston was informed by a chief hostess at Capital Airlines that the airlines did not hire African Americans in flight capacities. In 1956, she consulted with Adam Clayton Powell and filed a complaint against Capital Airlines with the New York State Commission Against Discrimination. In 1960, the New York State Commission Against Discrimination ruled in Edmiston’s favor, and ordered Capital Airlines to hire her within thirty days or it would go to the supreme court. Edmiston completed the Capital Airlines stewardess training program later that year, and became the first African American to work as a flight attendant on a commercial airline for a southern carrier for Capital Airlines in 1960. However, she resigned one year later to pursue her education. She went on to work as a counselor at the Addicts Rehabilitation Center in New York City from 1970 to 1972. She was then hired as a program manager on the New York City Manpower Planning Council. In 1974, Edmiston became a program manager at the New York State Office of Alcohol and Substance Abuse Services. She then returned to the Addicts Rehabilitation Center in 1999, serving as a consultant until 2015. Edmiston also worked with American Airlines Medical Wings International from 2000 to 2002 providing medical services to underserved populations around the world.

Edmiston served on the board of directors for the Black Flight Attendants of America Incorporated. She also served as captain of the disaster team for the American Red Cross from 1999 to 2001. Edmiston was inducted into the Black Aviation Hall of Fame at the National Civil Rights Museum in Memphis, Tennessee in August 2010.

She also holds a black belt in Shotokan martial arts.

Patricia Banks Edmiston was interviewed by The HistoryMakers on April 26, 2018.