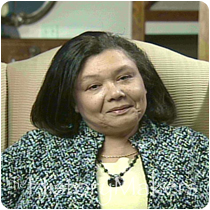 See how Patricia Ann Lottier is related to other HistoryMakers

Magazine publisher Patricia Lottier was born on February 18, 1948, to Ruth and Melvin Franklin. Lottier was delivered in Ironton, Ohio, because there were no African American doctors in her hometown of Ashland, Kentucky. One of a few African American students to attend Paul Blazer High School, Lottier excelled in her studies and was granted a full scholarship by Johns Hopkins University in 1966.

While attending Johns Hopkins, Lottier met and married George Lottier. Lottier graduated from nursing school in 1969, then went on to earn her B.S. degree in nursing from Western Connecticut State University in 1980, and her M.S. degree in public health administration from Emory University in 1984. After her family moved to Atlanta, Georgia, Lottier worked with a sickle cell program with the DeKalb County Health Department and became the southeastern operations manager of the home-care division of Baxter International, a national provider of hospital and health supplies.

In 1986, Lottier’s husband helped publish the Atlanta Tribune; after the first two issues, Kermit Thomas relinquished the publication to the Lottiers. Within two years, Pat Lottier was able to triple the number of advertising pages. With her business sense, management skills, and some guidance from her in-laws (the publishers of the Afro American newspaper in Baltimore, Maryland), Lottier was able to turn the Atlanta Tribune into a magazine that has brought a positive light to outstanding African American businesses and their owners for over twenty years.

Lottier was honored in Who’s Who Among African Americans. Lottier was a member of the Coalitions of 100 Black Women, and the Emory University Public Health Advisory. Lottier lived in Roswell, Georgia with her husband George; the couple raised two sons, Christopher and Shawn.

See how Patricia Ann Lottier is related to other HistoryMakers
Click Here To Explore The Archive Today!