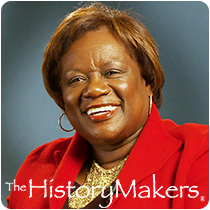 Media and public relations executive Patricia Andrews-Keenan was born in 1954 to Pearline Henderson and James Andrews. She received her B.A. degree in journalism from Grambling State University in 1977, and went on to graduate from the Executive Leadership Development Program at UCLA’s Anderson School.

In 2008, Andrews-Keenan founded The Tallulah Group, a public relations, communications, media relations and community affairs firm, where she serves as President and Chief Strategist. Her clients have included Quarles & Brady, LLP, Merit Medical, Chicago State University, IlliniCare, LINK Unlimited, Columbia College Chicago, C. Cretors & Company, and the 100 Black Men of Chicago. Additionally, from 2008 until 2010, Andrews-Keenan was an adjunct professor at Columbia College Chicago, where she taught culture, race and media.

Andrews-Keenan has served on a number of organizational boards and committees. She has served on the board of directors of the Chicago Children's Choir, and was a past national president of the National Association for Multi-Ethnicity in Communications (NAMIC). She has also served on the boards of Volunteers of America, the Naperville Chamber of Commerce and the DuPage County Girl Scouts. Andrews-Keenan was a former board chair for the Quad County Urban League, and has been appointed to the YMCA’s Black and Latino Achievers Steering Committee. In addition, she holds memberships in the Executive’s Club of Chicago.

Andrews-Keenan has also received numerous awards for her community relations work, including both a Silver Anvil and Gold Anvil from the Public Relations Society of America, as well as several Beacon Awards from the Association of Cable Communicators (ACC).

Patricia Andrews-Kennan was interviewed by The HistoryMakers on January 23, 2014.