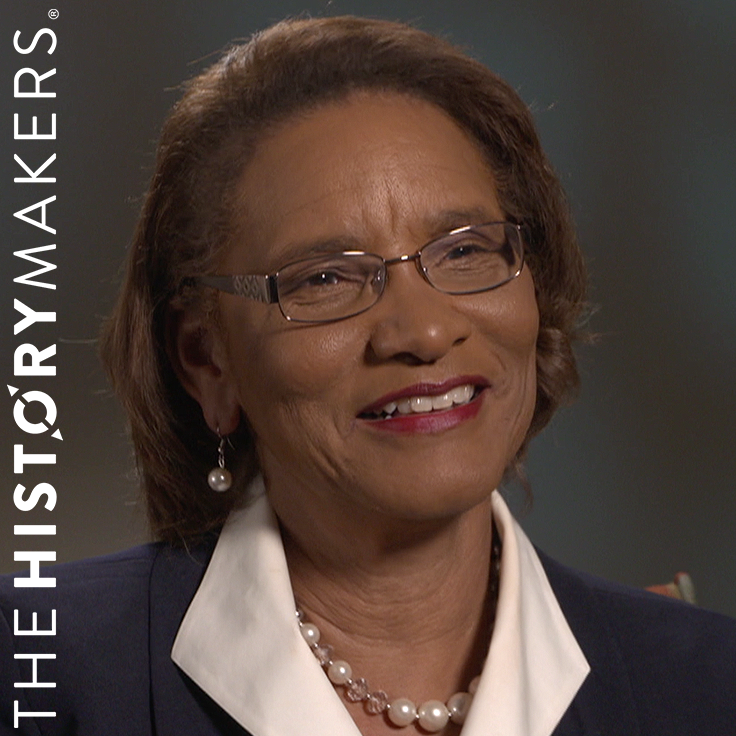 Favorite Color:
Purple
Favorite Food:
Fried Corn
Favorite Time of Year:
The Time Between The End Of Summer And Beginning Of Fall
Favorite Vacation Spot:
London, Corpus Christi, and Portugal
Favorite Quote:
There Is Nothing That You Can Imagine That You Cannot Do

Favorite Color:
Purple
Favorite Food:
Fried Corn
Favorite Time of Year:
The Time Between The End Of Summer And Beginning Of Fall
Favorite Vacation Spot:
London, Corpus Christi, and Portugal
Favorite Quote:
There Is Nothing That You Can Imagine That You Cannot Do

See how Pamelya Herndon is related to other HistoryMakers
Donate Now

Lawyer and nonprofit chief executive Pamelya Herndon was born on November 23, 1952 in Hempstead, Texas to Kathryn and Daniel Norris Herndon. She graduated from Roy Miller High School in 1971, and earned her bachelor’s degree in business administration with a focus in accounting from Howard University in 1975. Herndon then attended the University of Texas Law School where she received her J.D. degree in 1978.

Herndon married fellow lawyer, Alfred Mathewson, in 1978, and the two moved to Denver, Colorado where she worked for a major accounting firm. She was then hired by the Internal Revenue Service as a senior litigation attorney. In 1983, Herndon and her husband moved to Albuquerque, New Mexico, where Herndon continued to work for the IRS until she was appointed by Attorney General Patricia Madrid to serve in New Mexico’s Litigation Division in 1998. Here, she provided legal representation to state officials and agencies until 2006, before being appointed general counsel for the State Regulation and Licensing Department of New Mexico. In this position, Herndon supervised and managed the legal bureau of the Regulation and Licensing Department, as well as provided advice to the Office of the Superintendent. She remained here until 2009, when she became deputy cabinet secretary for New Mexico’s General Services Department, overseeing the administration of the government agency which housed the Risk Management, Building Services, Property Control, Transportation Services, and Administrative Services Divisions. In February of 2011, Herndon became managing partner of Herndon Legal Services, and served until October of that year. She was then hired by the Southwest Women’s Law Center in 2012 to work as their executive director until October 2018 when she founded the KWH Law Center for Social Justice and Change and became their president and CEO. Herndon also taught courses on the main campus and in the law school of the University of New Mexico. She also helped train paralegals and legal secretaries at Brookline College in Albuquerque, New Mexico.

Herndon was elected as a member of the New Mexico Electoral College in 2008, is a member of the Albuquerque chapter of the American Association of University Women, and Alpha Kappa Alpha Sorority, Incorporated, and has served on the boards of Emerge New Mexico, the African American Performing Arts Center Foundation, the Con Alma Health Foundation, and the United States Eagle Federal Credit Union. She has also received numerous awards for her work as a lawyer, including the 2012 Public Lawyer of the Year, presented by the Public Law Section of the New Mexico State Bar, the 2015 Lawyer of the Year, presented by the Albuquerque Bar Association, and she was named as a W.K. Kellogg Fellow in 2019. Herndon is also a Certified Public Accountant.

Herndon resides in Albuquerque, New Mexico with her husband, and they have three adult children: Eryn, Amber, and Justin.

Pamelya Herndon was interviewed by The HistoryMakers on July 26, 2019.

See how Pamelya Herndon is related to other HistoryMakers
Donate Now