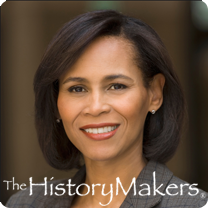 See how Pamela Newkirk is related to other HistoryMakers
Donate Now

Journalist, professor and author Pamela Newkirk was born in New York City to Louis and Gloria Newkirk. Growing up, her father collected African American memorabilia which inspired her enduring interest in black history and culture. Newkirk attended New York University where she received her B.A. degree in journalism. She later earned her master's degree in journalism and her Ph.D. degree in comparative and international education from Columbia University.

In 1984, after writing for numerous African American newspapers, Newkirk began her first position as a daily reporter for the Knickerbocker News in Albany, New York. There, she worked her way up from a suburban beat reporter to the New York State Legislature. In 1987, she was hired as a Capitol Hill correspondent for Gannett News Service in Washington, D.C. Among her assignments was covering the 1988 Democratic National Convention. In 1990, Newkirk was one of the reporters who traveled to South Africa with Reverend Jesse Jackson where she witnessed Nelson Mandela’s release from prison. Her articles from South Africa for The New York Post earned her the International Reporting Award from the New York Association of Black Journalists. In 1992, her New York Newsday reporting team was awarded a Pulitzer Prize for Spot News. A year later, Newkirk joined the journalism faculty at New York University where she later became director of undergraduate studies.

In 2000, Newkirk published her first book, Within the Veil: Black Journalists, White Media, which won the National Press Club Award for Media Criticism. The book was adopted in journalism schools across the country and Newkirk lectured widely on racial portrayals and media diversity. Her articles on race and African American culture have been published in numerous publications including The New York Times, The Nation, Artnews, The Media Studies Journal, and The Washington Post.

Newkirk is married to Michael Nairne and they have two daughters, Marjani and Mykel.

Pamela Newkirk was interviewed by The HistoryMakers on August 3, 2012.

See how Pamela Newkirk is related to other HistoryMakers
Donate Now
Click Here To Explore The Archive Today!