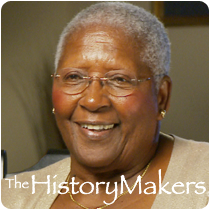 See how Ollie Taylor is related to other HistoryMakers

Elementary school teacher, Ollie M. Taylor was born on September 14, 1937 Tallahassee, Florida to Major and Mary Thompson. She is the oldest of four children: Albert, Douglas and Major, Jr. Taylor attended Bond Jr. High School and graduated from Florida A & M University High School in Tallahassee, Florida in 1956. In 1957, she married Willie J. Taylor and relocated to Chicago, Illinois. Taylor and her husband had their first, Anthony Taylor, in 1958. Their second child Angela Taylor was born three years later, and their youngest, Valerie Taylor, was born in 1963. In 1970, Taylor attended Kennedy King College in Chicago, Illinois where she completed her A.A. degree in 1972. She then transferred to National Louis University in Evanston, Illinois and earned her B.S. degree in education in 1975, and her M.S. degree in education in 1989.

From 1964 to 1969, Taylor began working in clerical positions for Spiegel Inc. in Chicago, Illinois. Then, in 1970, she began her career as an educator at the Chicago Urban Day School in Chicago, where she implemented the Montessori curriculum. In 1975, she joined the Chicago Board of Education and began teaching Head Start early developmental classes for children at Goldblatt Elementary School Chicago. Beginning in 1982, Taylor accepted a position at Melody Elementary School Chicago, where she taught kindergarten for several years. Taylor transferred to Ray Graham Training Center in Chicago.

Taylor received many awards for her outstanding work with students and parents throughout her teaching career. She retired from teaching after more than three decades of service at the age of sixty-six. Taylor resides with her husband, daughter and two of her four grandchildren in Bryan, Texas.

Ollie Taylor was interviewed by The HistoryMakers on 08/13/2012.

See how Ollie Taylor is related to other HistoryMakers
Click Here To Explore The Archive Today!