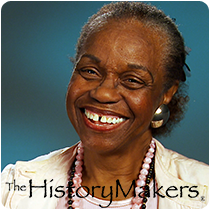 "As you leave this place remember why you came"

Journalist Norma Adams-Wade was born in Dallas, Texas to Frank and Nettie Adams. She attended public schools and graduated from Lincoln High School in South Dallas, Texas. Adams-Wade went on to graduate from the University of Texas at Austin in 1966 with her B.S. degree in journalism. She also pursued graduate studies at Amber University in Garland, Texas and completed the Institute for Journalism Education’s summer editor training program at the University of Arizona in Tucson.

In 1966, Adams-Wade was hired by Collins Radio Company as a copyeditor for technical equipment manuals in the National Aeronautics and Space Administration’s Apollo Space Program. From 1968 to 1972, she worked for Bloom Advertising Agency as an advertising copywriter and production assistant. From 1972 until 1974, she served as a reporter and editor’s assistant at The Dallas Post Tribune. Then, in 1974, Adams-Wade was hired as the first African American full-time general reporter for The Dallas Morning News, where she has served as a senior staff writer and columnist. As a senior staff writer, she covered general assignments, federal courts, consumer affairs, ethnic affairs, and neighborhood news. Adams-Wade created The Dallas Morning News’ Black History Month series in 1985, and, in 1988, helped launch The News’ Metro South Bureau. She retired from her position in 2002, but has continued to work as a contract columnist.

Adams-Wade was a founding member of the National Association of Black Journalists (NABJ) in 1975. She was also the founding director of NABJ’s Region VII, a founding coordinator of Blacks in Mass Media of Dallas and Fort Worth, and served as scholarship chair for the Dallas-Fort Worth Association of Black Communicators. Adams-Wade is a lifelong member of Mt. Horeb Missionary Baptist Church in South Dallas, where she has served as a chair soloist, Sunday School and Baptist Training Union pianist, Junior Church director, and member of the church Scholarship Committee. She also founded the church’s Save the Children family organization that offers parent training seminars.