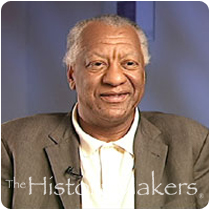 See how Norm Van Lier is related to other HistoryMakers

Chicago Bulls basketball great Norm Van Lier was born in East Liverpool, Ohio on April 1, 1947. Van Lier played both basketball and football while attending Midland Lincoln High School. While there, he led the 1965 basketball team to an undefeated state championship. Van Lier went on to St. Francis College in Loretto, Pennsylvania, where he continued to excel on the basketball court. He graduated with degrees in history and special education, and was the school’s all-time assist leader.

Van Lier retired from basketball in 1979. He worked as a television basketball analyst for different stations (Fox Sports Net and Comcast Sports Net) since his retirement, as well as co-hosting a popular radio talk show, The Bull and the Bear, on WSCR-AM in Chicago. Committed to education and young people, Van Lier worked as a motivational speaker. He was also a member of Project Teamwork, a group formed by Reebok Foundation designed to improve racial and human rights sensitivity in school-age children.

Van Lier passed away on February 26, 2009 at the age of 61. He is survived by his wife, Susan, his two daughters, Hilary and Heidi, and one granddaughter.

See how Norm Van Lier is related to other HistoryMakers
Click Here To Explore The Archive Today!