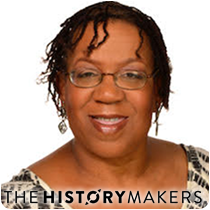 Favorite Color:
Blue
Favorite Food:
Chocolate
Favorite Time of Year:
Spring
Favorite Vacation Spot:
Places She Has Never Been Before
Favorite Quote:
Brick Walls Are There To Keep The People Out Who Don't Try Hard.

Favorite Color:
Blue
Favorite Food:
Chocolate
Favorite Time of Year:
Spring
Favorite Vacation Spot:
Places She Has Never Been Before
Favorite Quote:
Brick Walls Are There To Keep The People Out Who Don't Try Hard.

Artistic director and playwright Nora Brooks Blakely was born on September 8, 1951 in Chicago, Illinois to Henry Lowington Blakely, Jr. and Gwendolyn Brooks, the first African American woman to win a Pulitzer Prize in poetry. Blakely graduated from Chicago’s Hirsch High School in 1969, and received her B.A. degree in education from the University of Illinois at Urbana-Champaign in 1972. She then earned her M.A. degree in interdisciplinary arts from Loyola University.

Blakely taught at Copernicus Elementary School in the Chicago Public Schools system from 1972 to 1980. She also performed as a dancer with the Muntu Dance Theatre of Chicago in 1977. In 1979, Blakely founded Anchor, an arts organization for children and the precursor to the Chocolate Chips Theatre Company, which Blakely founded in 1982 on the south side of Chicago. In 1987, the Chocolate Chips Theatre Company began a residence at Kennedy-King College. As the company’s producing artistic director, Blakely worked closely with students of Chicago Public Schools and wrote original plays such as Brother Man, A Few of My Sisters, The Tiger Who Wore White Gloves, and A Day in Bronzeville: Black Life through the Eyes of Gwendolyn Brooks. Blakely later founded the Aurora Performance Group, a troupe dedicated to honoring Gwendolyn Brooks’ memory through the performance arts. After the death of her mother in 2000, Blakely founded Brooks Permission, a licensing firm for Gwendolyn Brooks’ literary works. Brooks Permissions later expanded to offer merchandise and programming related to the life and works of Gwendolyn Brooks. In 2014, Blakely donated Gwendolyn Brooks’ archives to the Rare Books and Manuscript Library at the University of Illinois. In 2017, Blakely served as an editor for a book about her mother called Seasons: A Gwendolyn Brooks Experience. She also served as an organizer for Gwendolyn Brooks’ International Birthday Party celebration in 2017, and participated in numerous celebrations of her mother’s 100th birthday.

Blakely served on the board of directors for the African American Arts Alliance of Chicago. She also served on the selection committee for the 2017 Gwendolyn Brooks Youth Poetry Awards given by Illinois Humanities organization.

Nora Brooks Blakely was interviewed by The HistoryMakers on May 1, 2018.