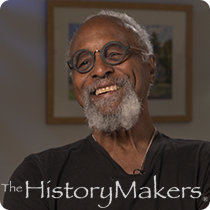 "The future belongs to the hyper adapted."

Lawyer and professor Nolan Bowie was born on October 29, 1943 in Los Angeles, California to Catherine Jane Noflis and Brady Bowie. He received his A.A. degree from Los Angeles Harbor College in 1964, his B.A. degree from California State University at Long Beach in Long Beach, California in 1965, and his J.D. degree from the University of Michigan Law School in Ann Arbor, Michigan in 1973. He also completed one year of graduate studies at the Massachusetts Institute of Technology (MIT) in Cambridge, Massachusetts in 1985.

Bowie worked as a juvenile probation counselor for Los Angeles County and from 1966 to 1970, he served as an officer in the U.S. Naval Reserves as lieutenant, achieving senior grade. In 1974, Bowie served as a staff attorney and executive director of the Citizens Communication Center, a public interest law firm and education institution, now known as the Institute for Public Representation. He then served as an assistant special prosecutor with the Watergate Special Prosecution Force and Assistant Attorney General for the Civil Rights Bureau, of the New York State Department of Law. From 1986 to 1998, Nolan was an associate professor of communications in the department of broadcasting, mass media and telecommunications at the School of Communications and Theater (SCAT) at Temple University in Philadelphia. Bowie later became fellow emeritus and adjunct lecturer in public policy at the Kennedy School of Government at Harvard University, where he was affiliated with The Joan Shorenstein Center on the Press, Politics and Public Policy at the Harvard Information Infrastructure Policy Project (HIIP) and the Center for Business and Government.

As an active on a number of advisory panels and boards for a variety of organizations, Bowie served on the U. S. Congress' Office of Technology Assessment (OTA), The National Academies, regarding digital divide and digital democracy issues, the Corporation for Public Broadcasting (CPB), National Telecommunication and Information Administration (NTIA), and the Aspen institute. He also served on the board of Citizens for Independent Public Broadcasting (CIPB) and as an advisor to the Center for Media Education (CME), the Advertising Council, Inc., and the National Center on Adult Literacy (NCAL). He was also a member of the Steering Committee of The Boston Foundation’s Initiative on the New Economy and How Technology Can Empower Individuals and Communities.

Also a visual artist, Bowie has displayed his paintings and drawings in group and solo exhibitions in New York, Washington, Los Angeles, Morristown, New Jersey and Cambridge. In the fall of 1998, he was named in a nationally syndicated column as one of the "High-Tech Heroes Who Work for the Public Good,” and was presented with the Manuel Carballo Award for Excellence in Teaching at the Kennedy School of Government by the graduating class of 2001.

Nolan Bowie was interviewed by The HistoryMakers on August 21, 2017.