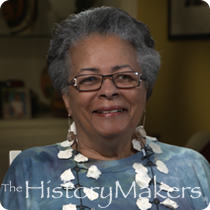 See how Nola Lancaster Whiteman is related to other HistoryMakers

In college, Whiteman worked at Martin’s Department Store as one of few African American employees. After graduation, Whiteman worked at P.S. 90 Edna Cohen School in Brooklyn, New York. She then became a professor’s assistant while obtaining her M.Ed. degree and went back to teaching at P.S. 115 Alexander Humboldt in Upper Manhattan, New York. Whiteman was then promoted as curriculum assistant at New York City District 12 in the Bronx, New York, and during the decentralization of New York Public Schools, Whiteman became executive assistant to the superintendent. During this period, she also helped develop teacher centers with the United Federation of Teachers to conduct seminars for public school teachers. When Dr. Arnold Webb was named dean of the School of Education at The City College, City University of New York, Whiteman was hired as assistant to the dean and became director of the office of academic advisement, student teaching and teacher placement in 1979. In 1983, Whiteman returned to the New York Public Schools as executive assistant to the chancellor, Anthony Alvarado. She later took a leave of absence and secured a position at Bank Street College in New York, New York where she ran a principal retraining program. Whiteman returned to New York Public School and joined the Professional Development Center in 1991, and remained in the position of executive assistant to the chancellor until 1994.

Nola Lancaster Whiteman was interviewed by The HistoryMakers on August 20, 2017.

See how Nola Lancaster Whiteman is related to other HistoryMakers