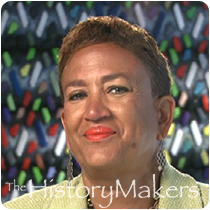 See how Nina M. Wells is related to other HistoryMakers

Lawyer and state government appointee Nina Mitchell Wells was born in 1950 in Washington, D.C. She attended Immaculate Conception Academy, an all-girl catholic high school, and graduated from there in 1968. Wells then enrolled in Mount St. Joseph College, now Mount St. Joseph University, in Cincinnati, Ohio. In 1970, she transferred to a women’s college, Newton College of the Sacred Heart, where she received her B.A. degree in 1972. Wells went on to receive her J.D. degree from Suffolk University Law School in 1976.

After a brief stay in Los Angeles, California, Wells began her legal career as assistant corporation counsel for the City of Newark legal department. In 1990, Wells served as head of the Division of Rate Counsel in the Department of the Public Advocate while Governor Jim Florio was in office. She then served as vice president and senior attorney at the CIT Group from 1994 until 1996. In 1996, Wells was hired at Rutgers University School of Law and served as the assistant dean for the Minority Student Program. In 1998, she was named vice president of public affairs at Schering-Plough Corporation and president of their philanthropic arm, Schering-Plough Foundation. Wells was then appointed to New Jersey Governor Jon Corzine’s cabinet as the Secretary of State of New Jersey in 2006, and served in that position until 2010.

Wells has served on numerous boards including Seton Hall Preparatory School, Newark Day Center and Teach for America. In 2013, she served on the board of trustees of both the Victoria Foundation and the New Jersey Performing Arts Center Women’s Association. She received a nomination by President Barack Obama to serve on the board of the Metropolitan Washington Airports Authority. Wells has also been the recipient of several awards and honors such as the New Jersey Women Lawyers Association Women’s Initiative & Leaders in Law (WILL) Platinum Award and the Montclair Art Museum Honoree for Arts Education. Wells has received honorary degrees from Drew University and the College of St. Elizabeth.

Nina Wells was interviewed by The HistoryMakers on September 11, 2014.

See how Nina M. Wells is related to other HistoryMakers
Click Here To Explore The Archive Today!