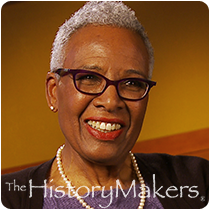 Historian and educator Nell Irvin Painter was born on August 2, 1942 in Houston, Texas to Frank Edward Irvin, a chemist, and Dona Lolita McGruder, a writer and personnel officer. As an infant, Painter’s family moved to Oakland, California, where she attended public schools. In 1964, Painter received her B.S. honors degree in anthropology from the University of California at Berkeley. As an undergraduate, she studied French medieval history at the University of Bordeaux, France, in 1962 and 1963. She also studied abroad at the Institute of African Studies at the University of Ghana from 1965 to 1966. Painter went on to receive her M.A. degree in African history from the University of California at Los Angeles in 1967, and her Ph.D. degree in American history from Harvard University in 1974.

Upon graduation from Harvard University, Painter was hired as an assistant professor of history at the University of Pennsylvania; and in 1977, was promoted to associate professor. From 1980 to 1988, she worked as a professor of history at the University of North Carolina at Chapel Hill. Then, in 1988, Painter was hired as a professor of history at Princeton University, and was named acting director of the university’s program in Afro-American Studies in 1990 and 1991. She served as Princeton University’s Edwards Professor of American History from 1991 to 2005, and as director of the Program in African American Studies from 1997 to 2000. Painter retired in 2005 and was named the Edwards Professor of American History, Emerita. In addition to her work as a scholar, Painter received her B.F.A. degree in painting from the Mason Gross School of the Arts at Rutgers University in 2009; her M.F.A. degree in painting from the Rhode Island School of Design in 2011; and has exhibited her artwork in solo and group shows.

Painter has published numerous articles and reviews, and has written seven books, including Exodusters: Black Migration to Kansas After Reconstruction (1976); The Narrative of Hosea Hudson: His Life as a Negro Communist in the South (1979); Standing at Armageddon: The United States, 1877-1919 (1989); Sojourner Truth: A Life, A Symbol (1996); Southern History Across the Color Line (2002); Creating Black Americans: African American History and Its Meanings, 1619 to the Present (2005); and The History of White People (2010). She is the editor of Narrative of Sojourner Truth (1998) and Incidents in the Life of a Slave Girl (2000).

Nell Irvin Painter was interviewed by The HistoryMakers on March 18, 2014.