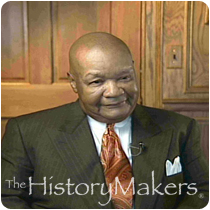 See how Nathaniel R. Goldston, III is related to other HistoryMakers

Founder of Gourmet Services, Inc., Nathaniel Russell Goldston, III was born on October 20, 1938, in Omaha, Nebraska, to Nathaniel and Mary Elizabeth Goldston. Goldston’s mother worked in food service in the public school system and his father at the local hotels and restaurants. Goldston received his B.S. degree in business administration with a concentration in hotel and restaurant management from the University of Denver in 1962.

See how Nathaniel R. Goldston, III is related to other HistoryMakers
Click Here To Explore The Archive Today!