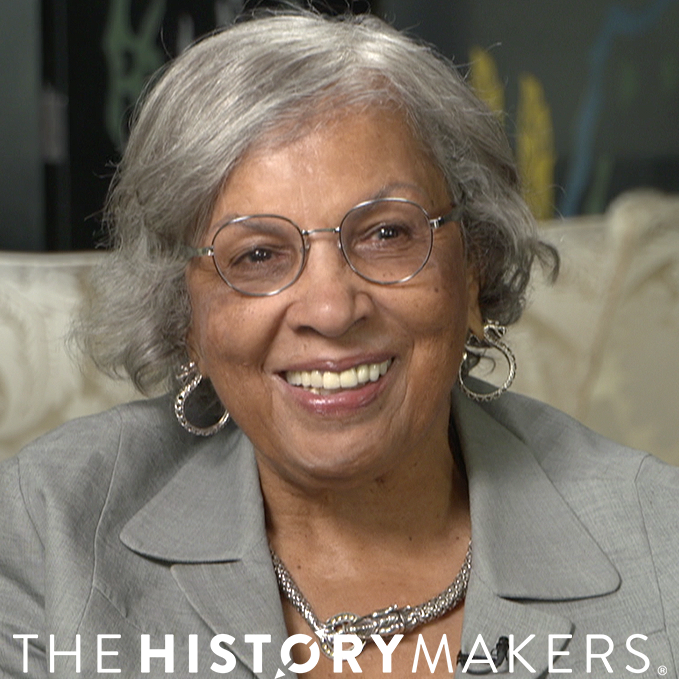 "As You Grow Older, You'll Learn"

Civic leader Nancy McKeever was born on June 8, 1936 in St. Louis, Missouri to John
Clarke and Maddy Edna Richardson Clarke. She migrated to Chicago, Illinois, where she lived with her aunt and uncle and attended Hyde Park High School. After graduating from Loretto Academy in 1954, McKeever received her degree in teaching from Chicago Teachers College in 1958.

After graduating from college, McKeever moved to a military base near Salt Lake City, Utah with her husband, Lester McKeever. In 1960, while her husband finished his military service, McKeever returned to Chicago and began her career in education as a third grade teacher at Forestville Elementary School, which later became Carter G. Woodson South Elementary School. She also served as parent coordinator for the PTA and ran the Forestville Special Trips Committee, which took students on trips around the country during school breaks. In 1971, McKeever joined the auxiliary board for Chicago’s ETA Creative Arts Foundation, which provided training and performance opportunities for youth and adults. McKeever eventually became chair of ETA Creative Arts Foundation’s board of directors, where she planned fundraising events that raised several million dollars for an endowment, before leaving the board in 2014. In the early 1970s, McKeever and her husband purchased and managed a high rise building in Hyde Park. In 1976, the couple purchased Oglesby Towers, a 25-story high-rise apartment building in Chicago’s South Shore neighborhood, which she managed until they sold the building in 2008.

McKeever was a member of the Northeasterners and the Contempos social clubs. She also helped establish the Mother’s Club, a group of African American women who went horseback riding together. In 2007, McKeever received a Distinguished Alumni Award from Chicago State University for outstanding achievement in the Arts. She was recognized for her work with the Big Shoulders Fund and Catholic Charities by the Chicago Archdiocese with the Bishop Quarter award in 2008. McKeever has also served as a member of Woman's Board for Art Institute of Chicago.

McKeever and her husband, Lester McKeever, reside in Chicago, Illinois and have two adult children: Steve and Susan.

Nancy McKeever was interviewed by The HistoryMakers on July 9, 2019.