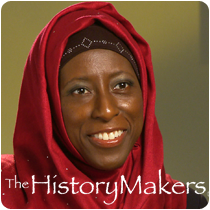 See how Nancy Glenn Griesinger is related to other HistoryMakers

Statistics professor Nancy L. Glenn was born in Charleston, South Carolina. After graduating from high school, Glenn attended the University of South Carolina where she earned her B.S. degree in mathematics in 1987 and a second B.S. degree in statistics in 1995. Glenn earned her Ph.D. degree in statistics from Rice University in Houston, Texas, in 2002, becoming the first African American to do so. Her doctoral thesis was about robust empirical likelihood, which is a statistical method of estimating a quantitative value. In 2002, Glenn worked as a postdoctoral research associate with the National Security Agency.

After completing her studies, Glenn became an assistant professor in the Department of Statistics at the University of South Carolina. In 2006, she conducted research in the fields of nonparametric statistics and bioinformatics, and contributed the findings to several academic research journals. One article examined the statistical patterns of cancer cell lines and another investigated the future implications of data analysis in evolutionary genomics, which is the study of how the DNA structure in organisms changes during evolution. Glenn remained at the University of South Carolina until 2007, when she was hired as an assistant professor in the Department of Mathematical Sciences at Texas Southern University (TSU) in Houston, Texas.

In 2008, Glenn served as the lead investigator on a research grant from the National Institutes of Health. The research develops her nonparametric spirometry reference values. In 2011, she served as the co-investigator of a research project funded by the National Aeronautics Space Administration for the Bio-nanotechnology and Environmental Research Center in the Biology Department at TSU. Glenn also developed a course at TSU that prepares science, technology, engineering, and mathematics students for graduate schools in the sciences.

Throughout her career, Glenn published many important scientific articles, and participated in several activities outside of her academic requirements. She once was the Houston representative to the American Statistical Association and served as a reviewer for several statistical publications, including the Journal of the American Statistical Association and the Journal of Probability and Statistical Science. In her role as an educator, she teaches and mentors many undergraduate and graduate students in science-related fields. Glenn works in Houston, Texas.

Nancy L. Glenn was interviewed by The HistoryMakers on August 16, 2012.

See how Nancy Glenn Griesinger is related to other HistoryMakers
Click Here To Explore The Archive Today!