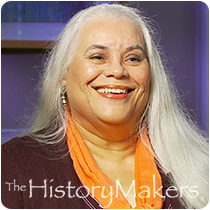 Radio station owner Mütter D. Evans was born in Williamston, North Carolina to Dallas Bryant and Mable C. Evans. Evans was raised in the late 1950s in rural eastern North Carolina. In 1971, she enrolled in Wake Forest University in Winston-Salem, North Carolina. While there, she worked at the university’s radio station, and in her junior year, she was hired as an intern for the WAAA-AM radio station in Winston-Salem. She graduated from Wake Forest University in 1975 with her B.S. degree in speech communications and theatre arts.

Upon graduation, Evans returned to WAAA as its news and public affairs director. In three years, she was promoted to executive vice president and general manager, with an option to buy the station. In 1979, Evans purchased WAAA from Media Broadcasting Corporation for $1.04 million, making her the youngest and second African American woman to own a broadcast property in the United States. She also initiated the Annual Noon Hour Commemoration of the birthday of Dr. Martin Luther King, Jr. in Winston-Salem, five years before the first national holiday. The commemoration is one of the oldest Dr. Martin Luther King, Jr. memorial events in the United States.

Evans, who also served as president and general manager of WAAA, sold the station in the 2000s. She later established Mütter D. Evans Communications, a firm that provides assistance in the areas of management, marketing, and public relations. In addition, she served as an adjunct instructor at Winston-Salem State University, where she taught courses in mass communications for over a decade.

Evans wrote a retrospect essay for the History of Wake Forest University, Volume V, 1967-1983 and was featured in the book Jewels: 50 Phenomenal Black Women Over 50 by Michael Cunningham and Connie Briscoe. She served on the governing council of the Quality Education Institute, and on the Business Advisory Council of Winston-Salem State University. Evans has also served on national or local boards for the Quality Education Academy, Arts Council, United Way of Forsyth County, Triad Cultural Arts, Winston Lake Family YMCA, American Red Cross, Wake Forest University Alumni Council, and the Winston-Salem State University Foundation. She was also a charter board member and graduate of Leadership Winston-Salem, and a member of the National Association of Black Owned Broadcasters for many years.

Mütter Evans was interviewed by The HistoryMakers on August 15, 2014.