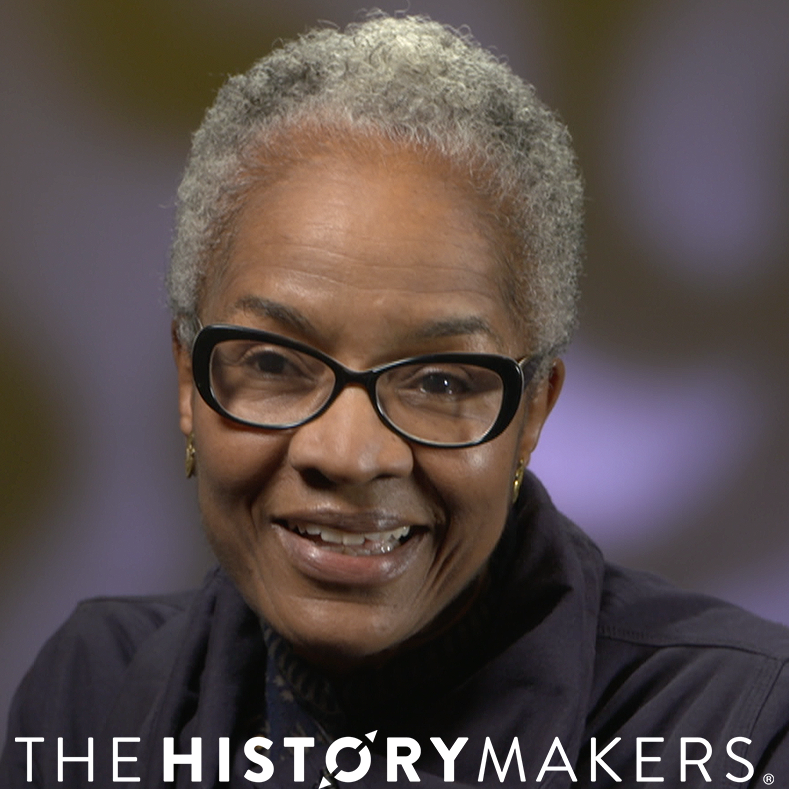 See how Mora McLean is related to other HistoryMakers

Nonprofit executive Mora McLean was born on December 6, 1955 in New York City to Vera and William McLean. She was raised in St. Thomas, U.S. Virgin Islands where she graduated from Charlotte Amalie High School in 1973. McLean then graduated from Wesleyan University where she earned her B.A. degree in African studies in 1977 before receiving her J.D. degree from Columbia University School of Law in 1980.

From 1980 to 1981, McLean worked as a legal associate for Riker, Danzig, Scherer & Hyland, Attorneys at Law where she focused on commercial litigation. The following year, she became an aide to the New Jersey Assembly Labor Committee, working on legislative research, analysis, and drafting. McLean remained there until 1985 when she was appointed counsel to the U.S. House of Representatives’ commerce subcommittee on commerce, transportation, and tourism. She served in this capacity for five months before becoming an assistant program officer in the human rights and governance division of the Ford Foundation. She was promoted to program officer in 1987; and, in 1990, she became the Foundation’s representative for Nigeria and assistant representative for West Africa. From 1993 to 1995, McLean served as the Foundation’s representative for West Africa with oversight of the Foundation’s offices in Lagos, Nigeria and Dakar, Senegal. For the next year, McLean served as deputy director for all of the Foundation’s Africa and Middle East programs. She left the Ford Foundation upon being named president and CEO of the Africa-America Institute in 1996, which she led until 2012. Rutgers University hired McLean as a visiting scholar at their center for African studies where she worked for two years. In 2015, the school made her the program strategy advisor for their Newark campus’s launch of a global urban studies doctoral program; and, in 2016, she became a Cornwall Center Senior Fellow, adjunct professor, and director of corporate and foundation relations in the office of the chancellor. In 2019, West African Youth Challenges and Opportunity Pathways was published, of which McLean was editor.

McLean has served on numerous boards throughout her career, including the Council on Foreign Relations, Legal Aid Society of Mercer County, New Jersey, the Orphan Society of the Oranges and Maplewood, United States Institute of Peace, and chairing the U.S. Trade Advisory Committee on Africa. She has also received several awards, including the 2002 Distinguished Wesleyan Alumna and being named Wesleyan Trustee Emerita in 2008 and Africa-America Institute President Emerita in 2012.

McLean resides in New Jersey and has one adult child, Atinuke.

Mora McLean was interviewed by The HistoryMakers on October 23, 2019.

See how Mora McLean is related to other HistoryMakers